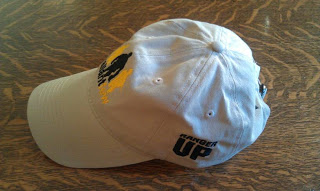 This week I had the privilege of attending Ranger Rendezvous 2011 and the events surrounding the Change of Command from COL Kurilla to COL Odom.  Boone Cutler, author of Voodoo in Sadr City again guest-hosted The New American Veteran where he interviewed Jon Collins, of the Jon Collins Band.

Collins is releasing a new album, with the title track Hero.  Hero is dedicated to the US service men and women who have been injured during the last ten years.  A portion of the proceeds from this song will directly benefit organizations that work with and for wounded veterans.  Go to this website to learn more about the efforts to raise funds to produce the music video, and make a donation to help them out!  Listen to the interview here, and if you haven’t listened to the Gary Sinise interview, go here for the archive.

Day One featured Rangers from the Regiment parachuting onto Fryar Drop Zone and conducting a small raid demonstration and extraction by Osprey.  Later that day Plankholders (original 1/75 members) and other Rangers socialized at the Fort Benning Officer’s Club and the US Army Ranger Association held a social at the Doubletree Hotel.

Some of my favorite quotes from the Distinguished Members of the Regiment:
Finally, the RCO stated that the Regiment is the main effort in Afghanistan.

That evening the 75th Ranger Regiment Association held a packed social at the Holiday Inn.

Day Three featured Regimental sporting, combative and other events, selected Rangers (including Mike Schlitz) being inducted into the Order of Roger’s Rangers at Regimental HQ, the Ranger Hall of Fame Induction, and Ranger Social hosted by the Regiment with Keni Thomas entertaining the crowd.

Day Four concluded the week’s events with the Regimental Change of Command.

Here’s the link to the full set of photos.

I’m sure I’ve left out some important details, but this gives you a highlight of the week and a sense of the pride that comes with association with this band of brothers.  There is nothing like being a Ranger among Rangers.
As always, GallantFew is dedicated to helping our Rangers achieve a smooth, peaceful transition from active duty to the civilian world.  We do so by finding Ranger veterans, now successful in their post-military careers and match them in one-on-one mentoring relationships with Rangers just now leaving active duty.  We also help Rangers who’ve been out for awhile and other Special Operations Forces veterans, with a special focus on the wounded.  We have a commitment written in blood to care for each other.
If you are a Ranger/SOF veteran and can be a mentor, sign up at www.gallantfew.org or email ranger@gallantfew.org for more details.
If you can donate, give a tax deductible donation.  Consider being a Founding Donor (the first 100 to give $1000 or more).  If you prefer to mail a check, send it to GallantFew, Inc. 6505 E. Central, Wichita, KS 67206.  Make a donation and I’ll send you one of our caps (I only have a dozen left).  Email me so I know you saw this.

Thanks to Ranger Up for helping with our ball caps for Ranger Rendezvous, and Rangers everywhere be in Tim Kennedy’s corner as he fights Robbie Lawler this Saturday night.
RLTW  Karl
Tweet
Share
Share
Pin
0 Shares