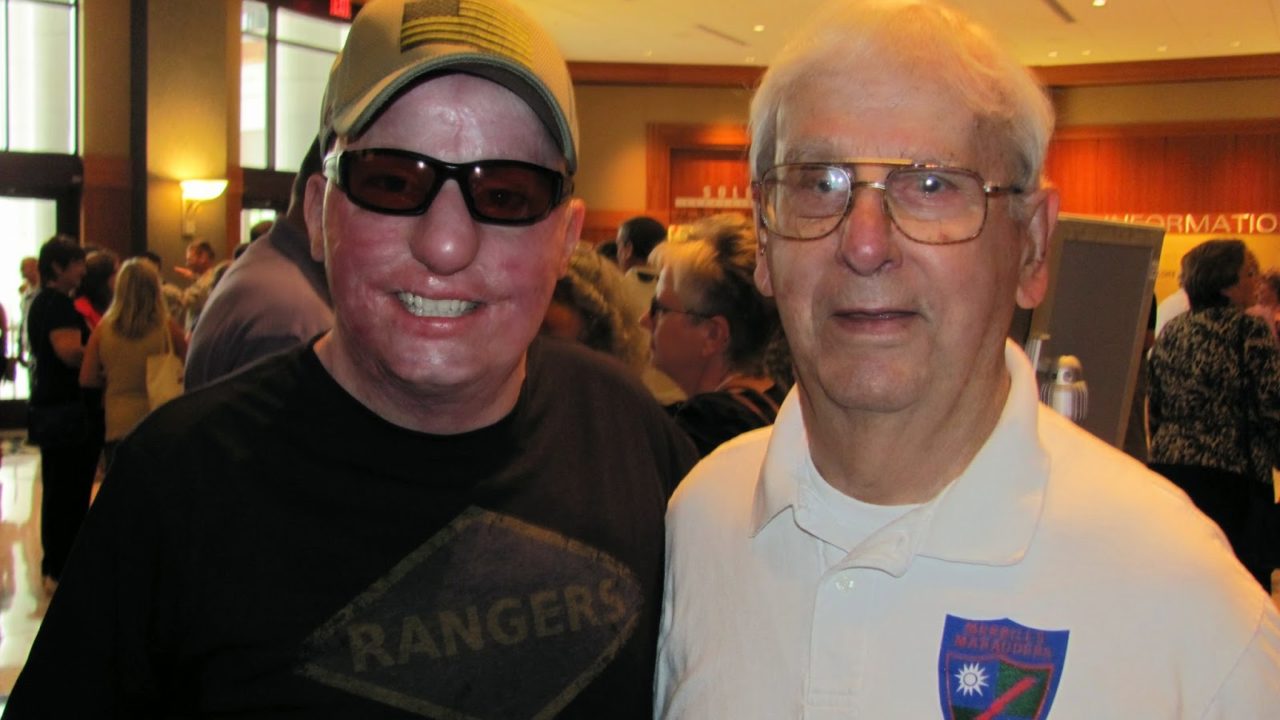 UPDATE APRIL 21 2014.  Received word from the family that this morning Roy Matsumoto passed away peacefully in his sleep.  His 101st birthday is May 1st. Rest easy, Ranger. km
~~~~
Received this morning.  RLTW  km

FYI — Just wanted to share the following email I sent to my fellow Merrill’s Marauders Proud Descendants board members about the significance of this Easter Sunday to Marauder history (actual date of Nphum Ga rescue was April 9, 1944 – but this is the 70th Easter Sunday.)  It also includes two of the working Power Point Anets I did for the National Ranger Memorial Foundation‘s email newsletter, the Anet..

Hope you all have a Happy Easter!!

This is the “70th Easter Sunday anniversary” of Merrill’s Marauders 2nd BN being rescued after they were surrounded for almost two weeks by the Japanese at the Battle of Nphum Ga.  Among those left from the second battalion, Daddy – Vincent Melillo – and Roy Matsumoto come to mind.  I hope there are more. We all know what an important role Roy, who turns 101 May 1, played at the bitter Battle of Nphum Ga. Daddy, who had been friends with his Nphum Ga foxhole buddy Eddie Eiskant for four years, still remembers the meal airdropped to them Easter Sunday after they were rescued — fried chicken and bread, which he said was the best meal they’d had in a long time. 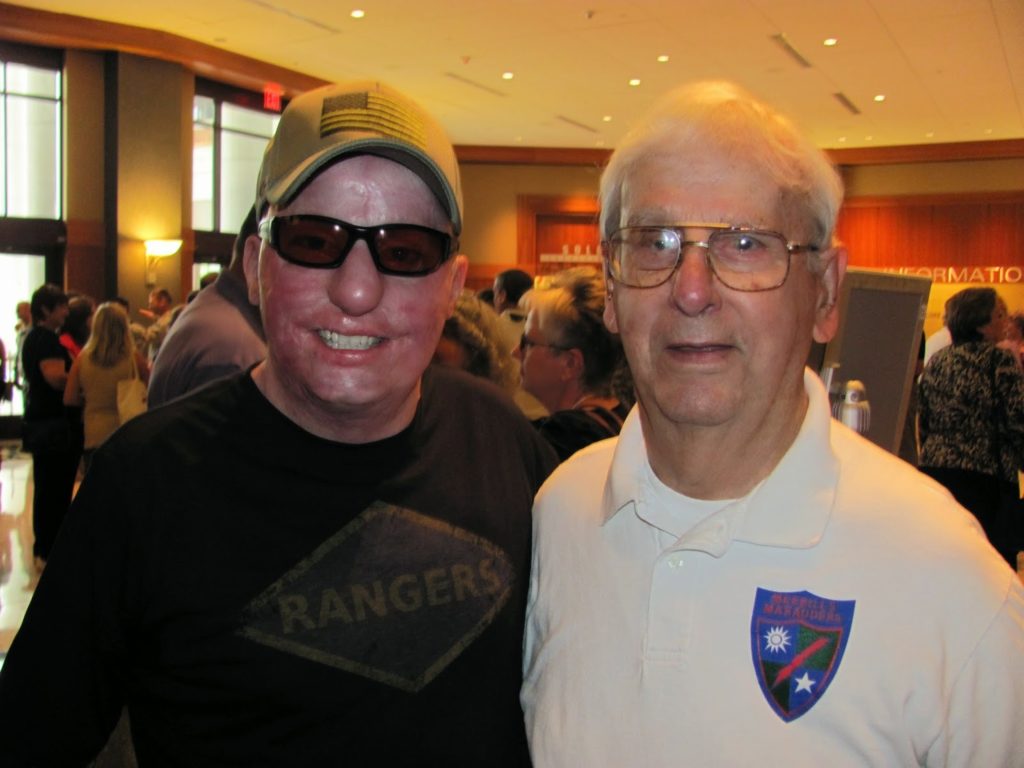 Our Sunday “breakfast bunch” here in Columbus, Ga., (which  includes Ericka Loze-Hudson, director of Ft. Benning’s Donovan Research Library, who some of you know from our reunions) will all be at Ft. Benning’s Easter Sunday brunch.  Daddy doesn’t know it, but we’re going to present him with a special cake with the Merrill’s Marauder patch saying it’s the “70th Easter Sunday anniversary” of the 2nd BN being rescued at Nphum Ga.  Ericka’s “magic baker” made the cake.

Below is a letter I sent out in December 2011 as editor of the National Ranger Memorial Foundation’s email newsletter, the Anet.  It was written in 1944 by then 1st LT Logan Weston to the mother of Dan Carrigan telling her how her son died fighting his way up the trail with the 3rd BN to rescue the 2nd BN at Nphum Ga.  That letter was brought by Carrigan’s niece, Mary Miceli, to a moving December 2011 ceremony held by 1st Ranger Battalion in Savannah honoring the families of 31 Marauders killed in action whose awards were not ever presented to their families. Carrigan was one of those.  That ceremony would not have happened and that letter probably wouldn’t have ever become available to us if it weren’t for the tireless efforts of our Marauder spokesman, historian and editor of the “Burman News,” Bob Passanisi.  Working with the awards and decorations branch at Ft. Knox, Bob was able to bring to fruition a decades-long effort to present medals and awards to the 31 Marauder families who had not ever received them.

For this “70th Easter Sunday anniversary,” let us be thankful for those Marauders who made it off the hill at Nphum Ga and be forever grateful for the heroism of the many who died “along the trail.” We can also remember the lives of the many China Burma India veterans who are no longer here.

Please read the Anet I did that follows the Carrigan letter, since it is related to another 70th Marauder anniversary that will happen this year. On May 23, Bob Passanisi will be the guest speaker at an Arlington National Cemetery memorial service honoring the lives of the seven-man C-47 airplane crew (including three Marauders) who crashed 70 years ago – May 23, 1944 – in Burma while resupplying the Marauders. Those men were Missing In Action until their remains were located and positively identified before they were interred at Arlington in July 2010. 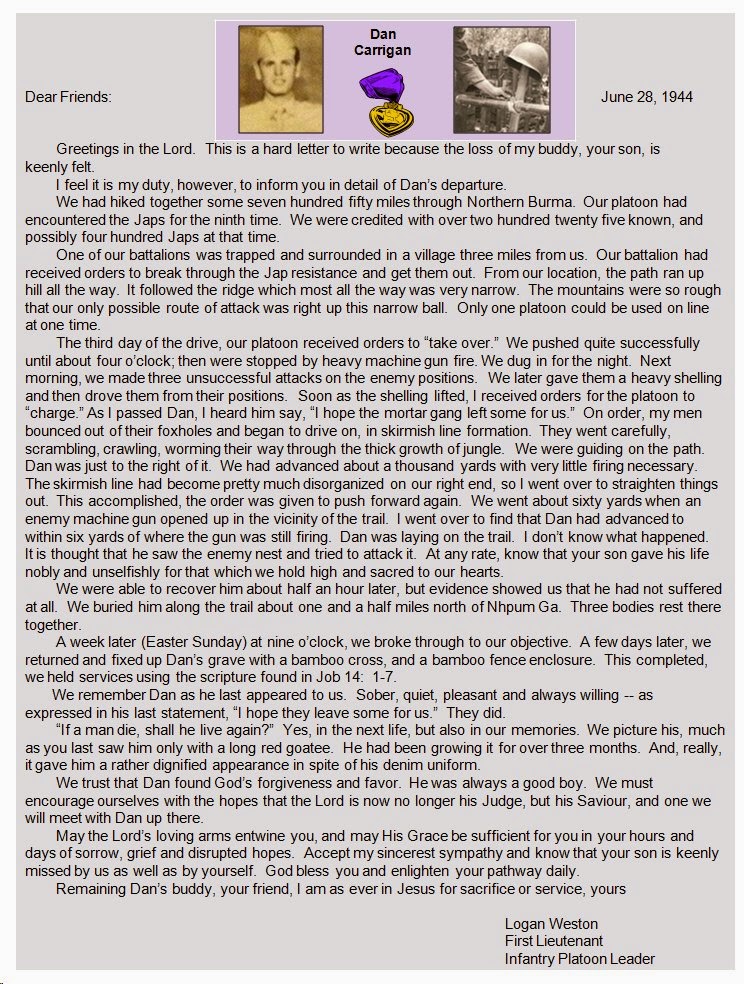 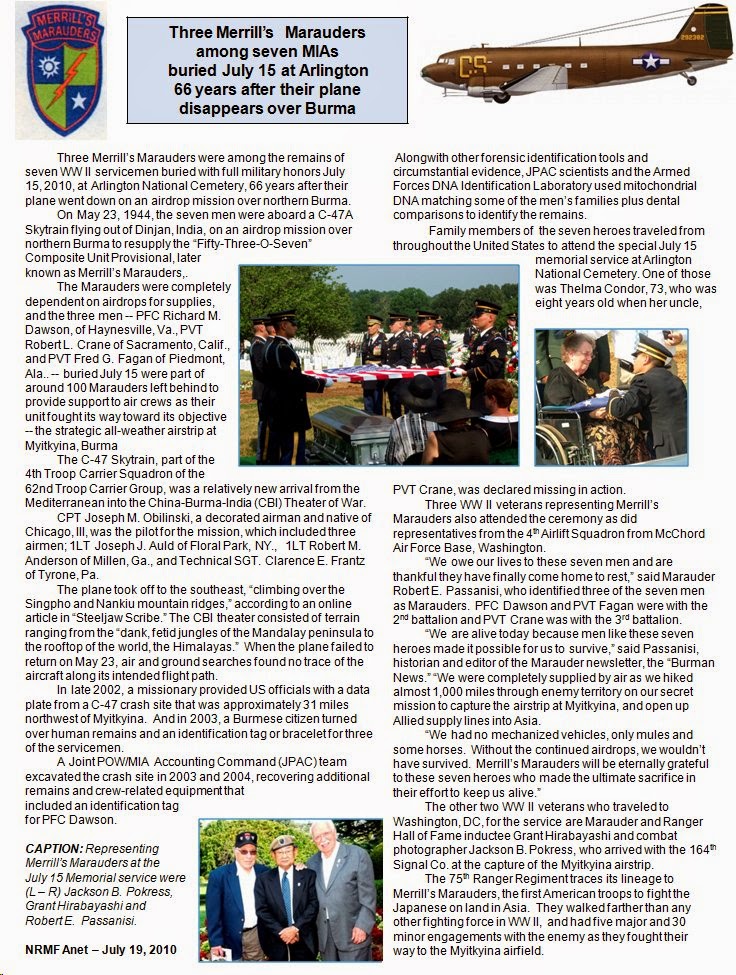