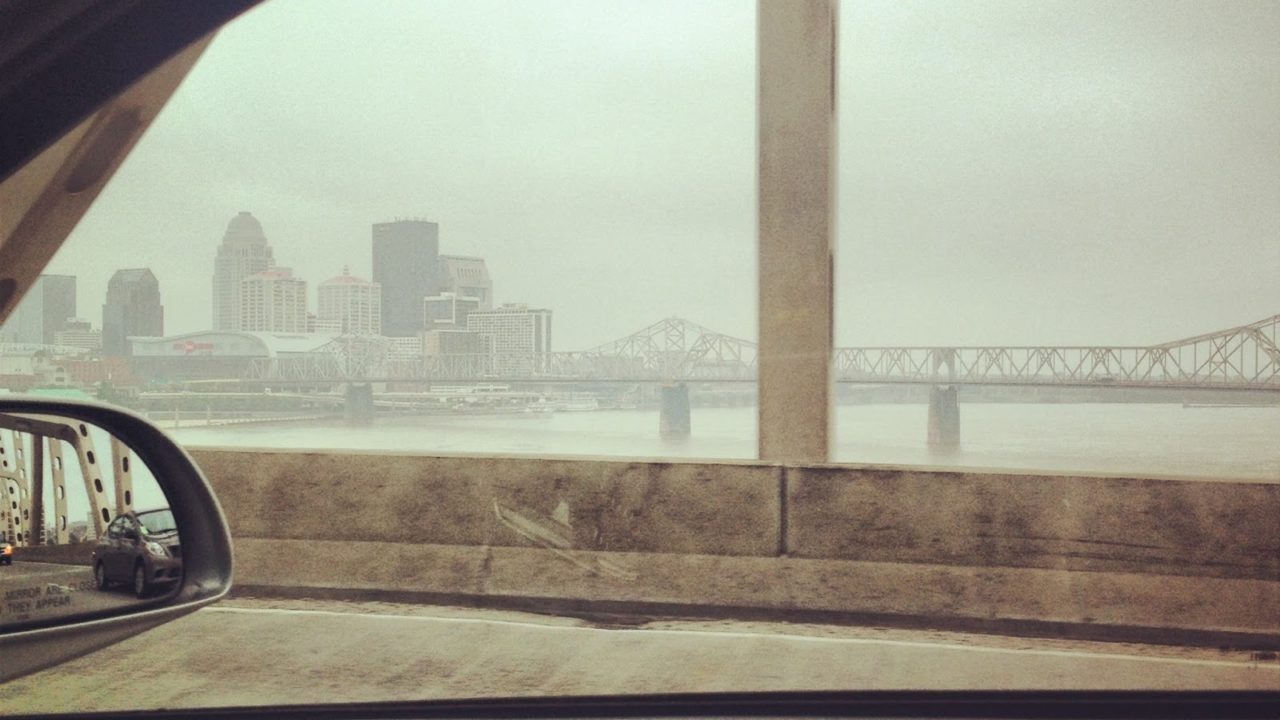 I have been a busy man lately.  On top of working 35 hours a week, being a full time student, and father of one of the most rambunctious, roisterous three year old gals in the Midwest, I have been throwing some traveling into the mix. 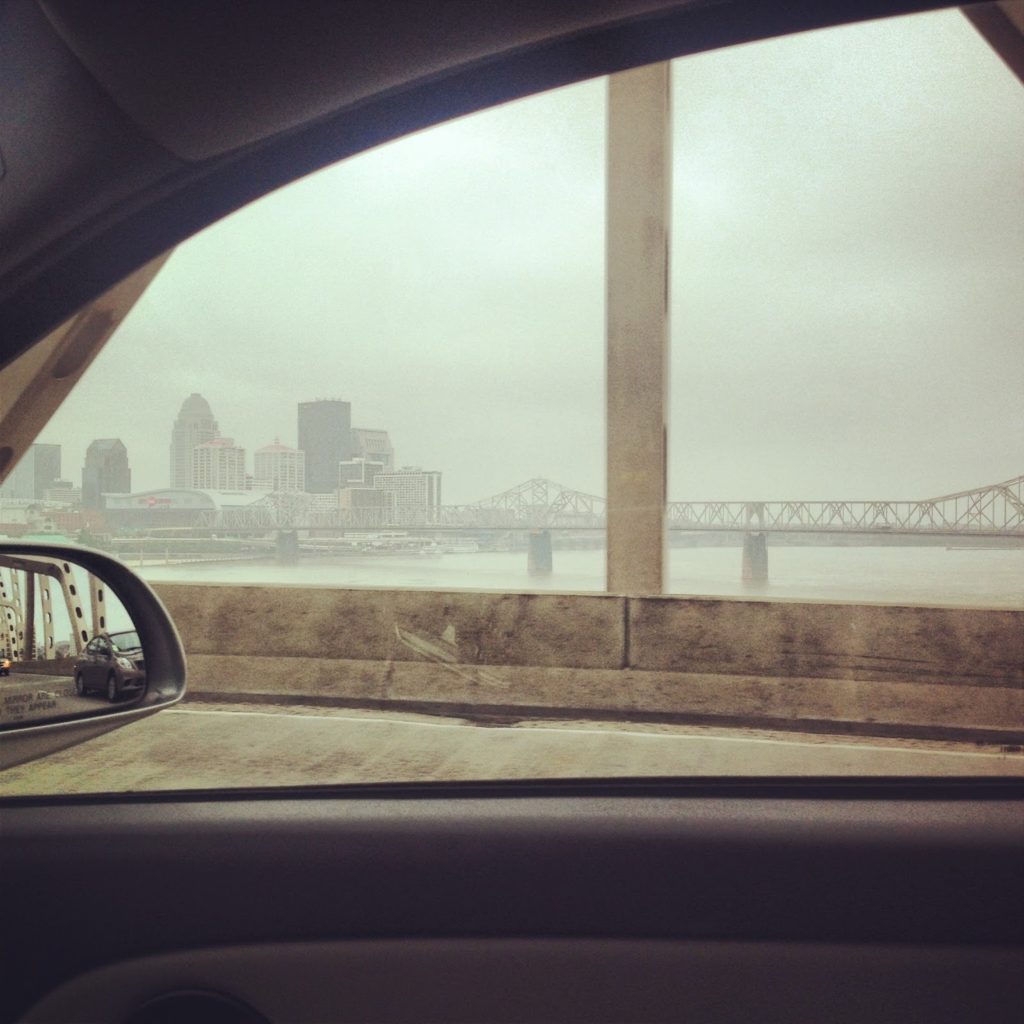 Last week, I had the chance to go back to Ft. Benning for Ranger Rendezvous 2013.  This was the first Rendezvous that I was not an active duty Ranger, but rather a civilian.  This was the first time that I had been back in the Ranger atmosphere since leaving, and I really didn’t know what to expect. Throughout my drive to Georgia, memories of my run came forefront.  From crossing the bridge over the Ohio River in Louisville, to running through Chattanooga, I felt as if I never had left that moment in time. When I finally arrived to Columbus, GA, it was raining and I was exhausted (I had been up for over 24 hours at this point).  That night I got the chance to go and get something to eat with Karl Monger, Founder and Executive Director of GallantFew, as well as meet some of the nation’s very best.  It was an overwhelming experience meeting Ranger Hall of Famers and many others that I am connected with via Facebook, but never had the chance to meet face to face.
The next morning, I met up with Karl, Tim Abell, and Mike Schlitz, and we attended the 2013 Ranger Hall of Fame Induction ceremony.  There was a sea of Rangers past, present and future in the crowd. The MC recognized Rangers from past generations, dating back to WWII.  Having all that history in the building was comforting, knowing that men like this exist to conduct business when America calls upon them.  But, my favorite part was being able to recite the Ranger Creed with all of these individuals.  It was amazing to see how deep the blood of the Ranger family runs. 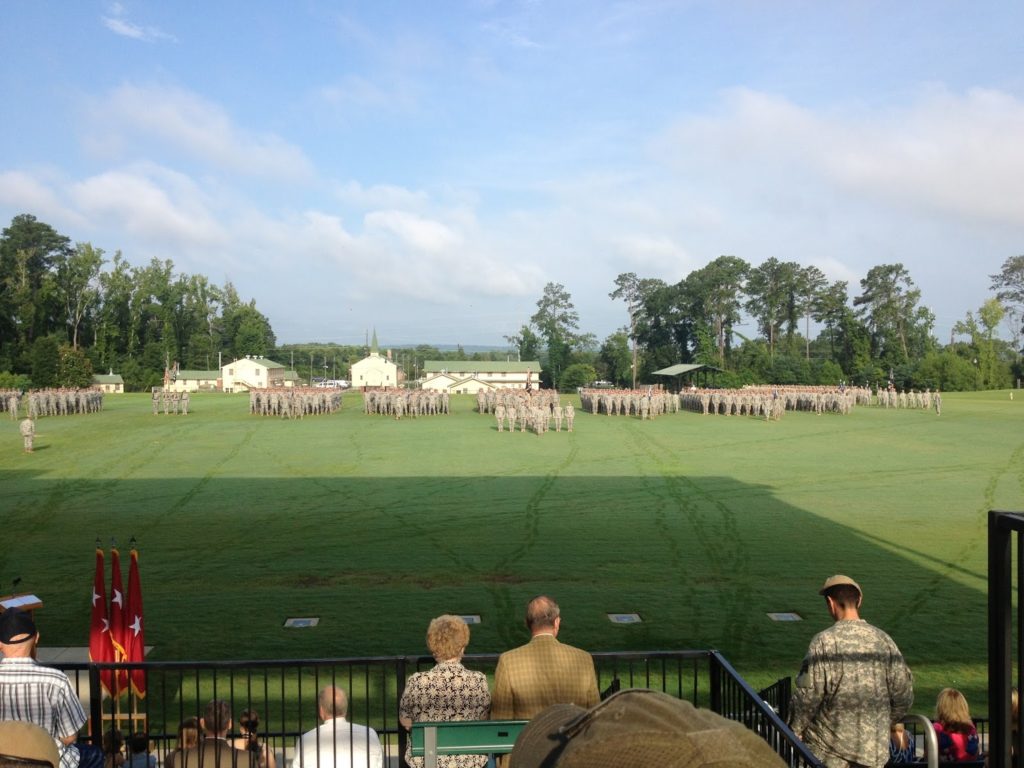 The next day, we attended the Change of Command ceremony.  During its entirety, I was thinking how much better it is to go through these ceremonies sitting in the stands, rather than standing out in the hot Georgia sun, haha.  But, being able to see this formidable formation from outside the ranks was truly breathtaking.  Sitting there, I couldn’t help but think, “How many are going to ETS in the next couple of years, and who will be there to help them out?” Following the ceremony, I gladly attended the GallantFew Board meeting and I got to hear about everything that is going  on in the upcoming year, which I can tell that everyone is very excited about.  Seeing great minds working together for the Ranger Veteran is very motivating.  When Run Ranger Run came up, I got chills.
Knowing that I had a dream, and the supporting cast to make that journey, has now become the primary fundraising/awareness raising event for GallantFew.
In closing, I met some great people.  All the new faces that I met, I was introduced as ‘Cory Smith, the original Run Ranger Run.’  Almost everyone that I was introduced to said that they followed my story, or that they heard about it.  I didn’t understand how much my run home impacted people until this trip. I am a lucky man.
Surround Yourself With Good People and Good Things Will Happen.
RLTW!
Tweet
Share
Share
Pin
0 Shares