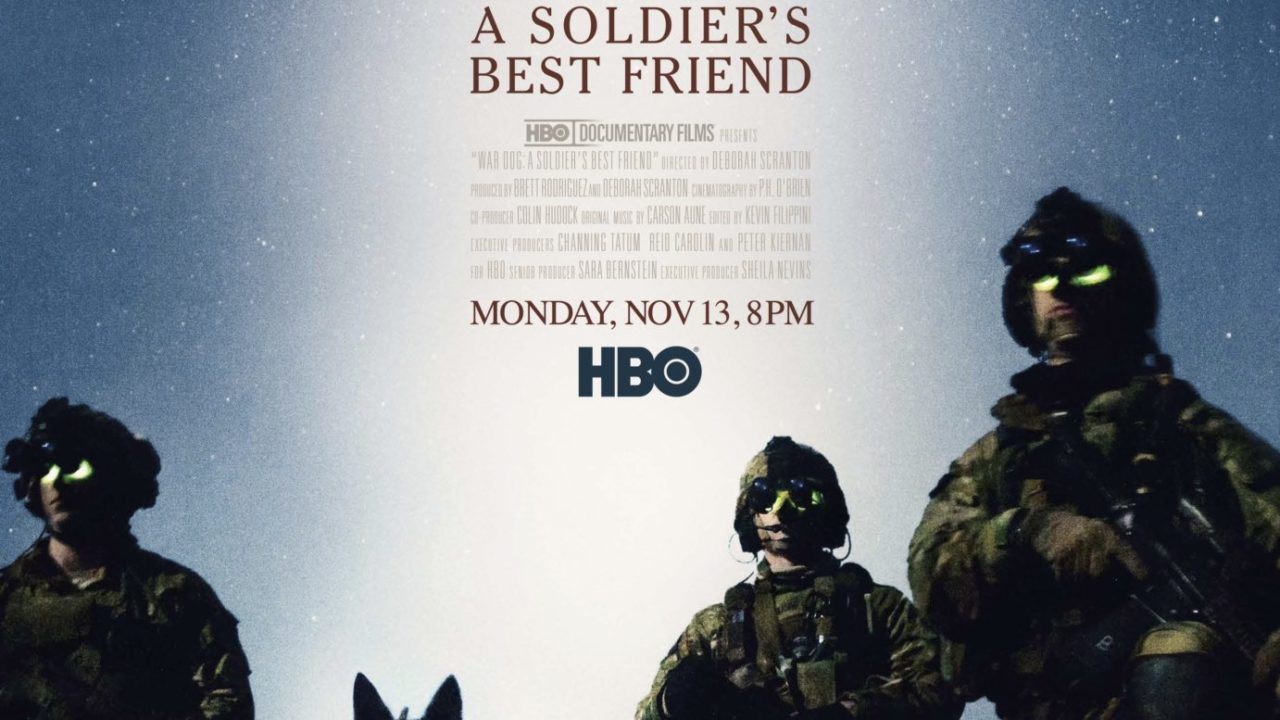 This film delves into the elite world of the U.S. Army Rangers handler warrior/k9 teams, revealing a profound bond that endures long after leaving the battlefield.

From Executive Producer Channing Tatum comes a deeply personal documentary that highlights the intimate relationship between soldiers and their K9s who serve together as human/animal teams in combat. Less than 1% of all military K9’s are selected for Special Operations. Dedicated, fearless and highly trained, these K9s and special operations forces are cut from the same cloth and forged to be human/animal teams under the most grueling selection courses known, in order to develop an unbreakable bond and lethal fighting capability. This is a world where two-legged and four-legged warriors are considered equal members of a team -built on loyalty, sacrifice, and love that blurs the line between human and animal.

Paying tribute to their service, War Dog recognizes the invaluable impact of these K9s on their human counterparts. With unprecedented access, the film brings these extraordinary stories to life, featuring exclusive military footage, personal photos, on-the-ground combat and drone video surveillance footage, footage of war dogs training and in action, and revealing interviews with the handlers, who open up about the physical and emotional struggles they’ve faced.

For more information about this documentary visit their website.