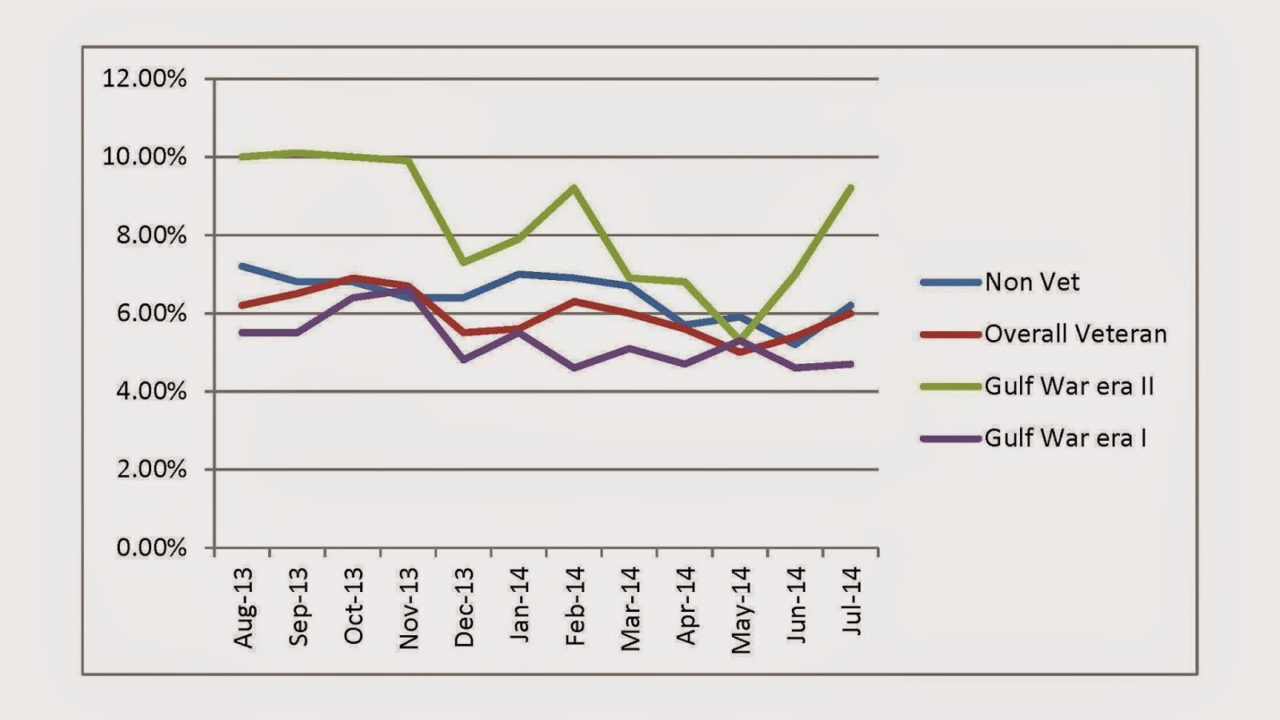 Following the trend of veteran unemployment?  Earlier this year it was all the rage to trumpet success:

Where are we now?

I believe we must look not only at this month, but at a twelve month trend compared against non veterans, all veterans, males, females, Desert Storm era veterans and Post-9/11 era veterans.  Numbers don’t lie and trends are revealing. 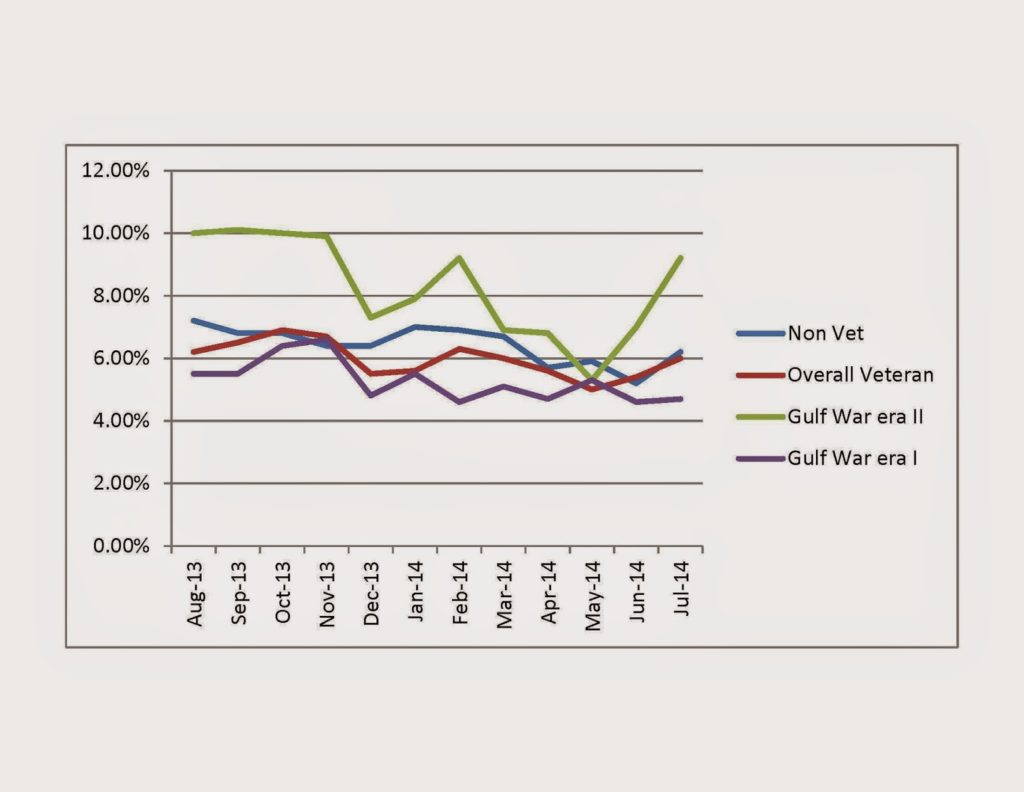 A twelve month trend of the men.  It follows predictably the first chart, because men outnumber women in the military. 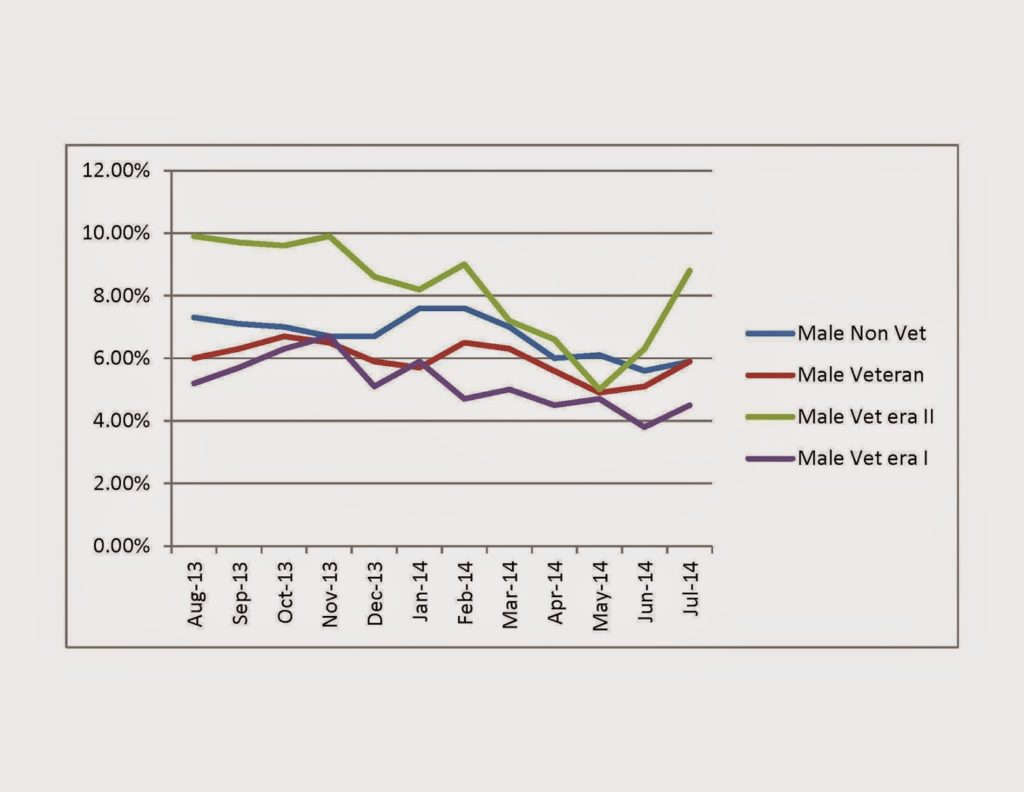 And now for the ladies. 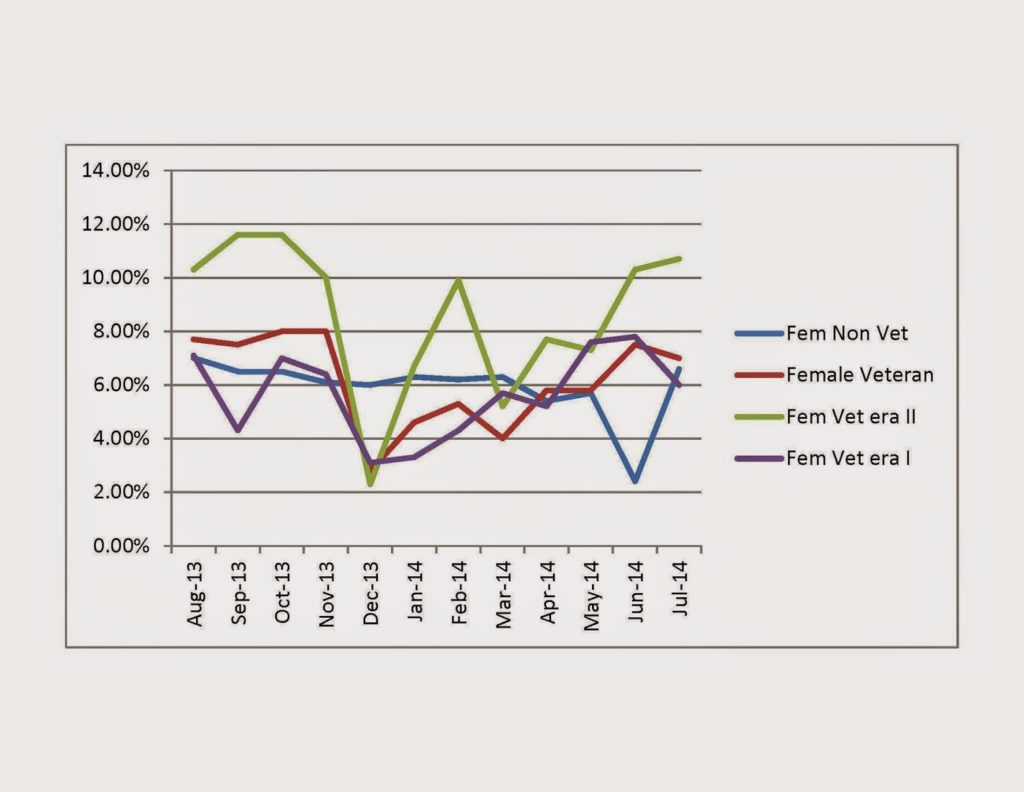 Wow, it’s all over the place!  This is because statistically it’s a very small sample.   What is revealing though is when the average for each population for the last twelve months is compared in a bar chart.  All the women hover around 6% unemployment, except Post 9/11 female veterans – nearly 9%.  The math says a Post 9/11 female veteran is 40% more likely to be unemployed that a female non veteran. 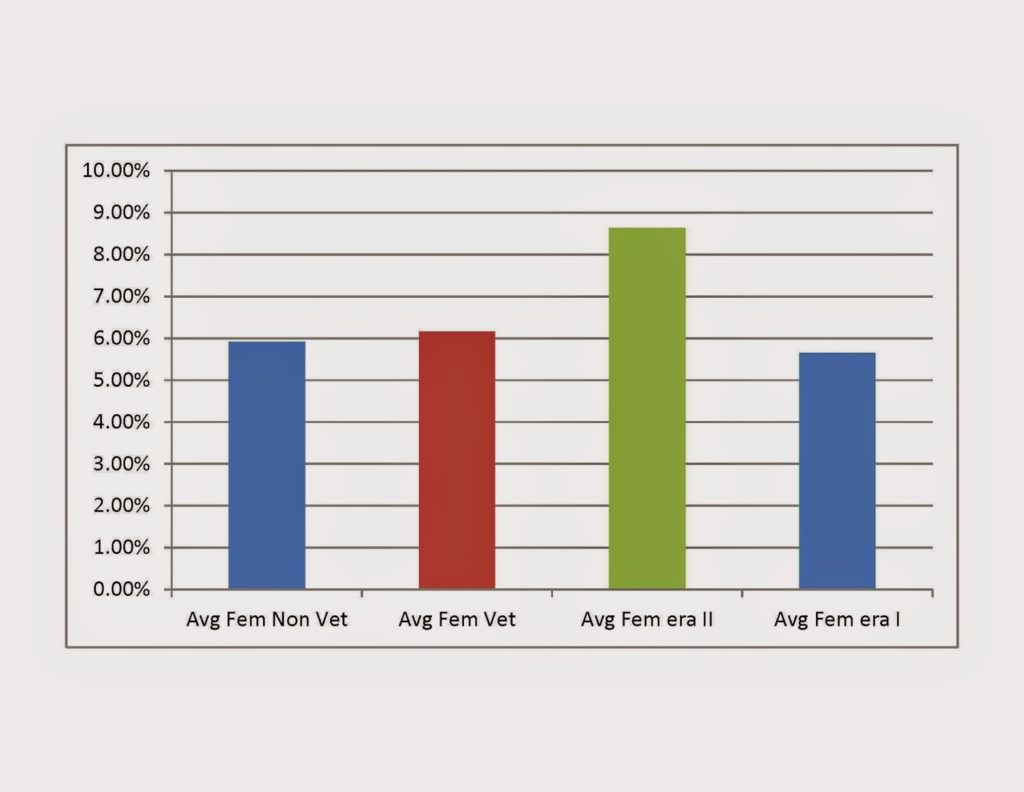 We can go on and make a lot of comparisons, such as Post 9/11 veterans are 64% more likely than Desert Storm veterans to be unemployed!

No longer does the argument “well those youngsters are in school” work – it’s been thirteen years.

What to do?  Well, it ain’t the federal government’s place to ensure veterans are transitioned and integrated into communities – it’s each COMMUNITY’S place.  If city and county governments took on this mission and organized veterans living locally to connect with, mentor and help network our youngest veterans this problem would start resolving itself.

What is YOUR community doing?  Does your city webpage have a “Welcome Veterans” section?  Does the local Chamber of Commerce host a quarterly new veteran and local employer social?  There are as many ways to make this happen as there are communities in the country.

When I first entered the US Army as a 2nd Lieutenant back in 1983 there was a sign over the Infantry Officer Basic Course doorway.  It said “LEAD, FOLLOW, OR GET THE HELL OUT OF THE WAY”.

It’s far past time.  Is someone in your community leading?

If you need help getting your community motivated, join the GallantFew network or contact Karl (look at the top of www.gallantfew.org) and let’s roll.  RLTW