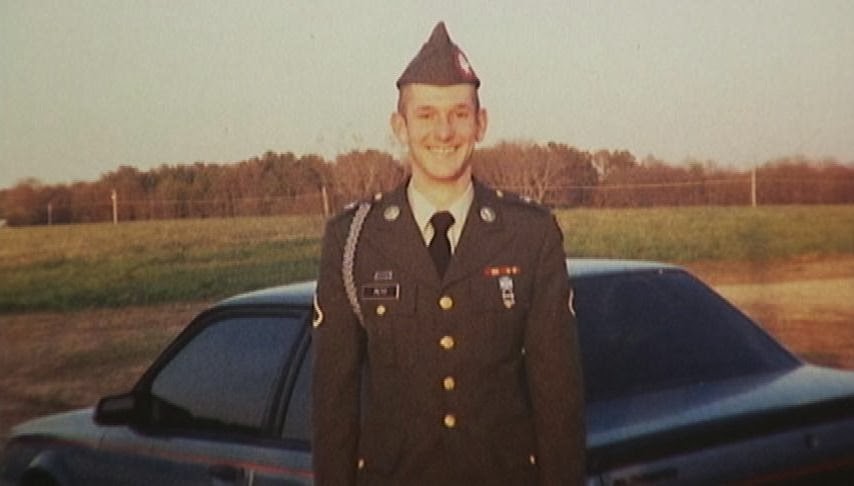 During my first semester of Nursing School, I had the opportunity to research a sentinel event in the health care industry.  A sentinel event is any unanticipated event in a healthcare setting resulting in death or serious physical or psychological injury to a patient or patients, not related to the natural course of the patient’s illness.  Performing surgery on the wrong patient, an instrument or object left in the patient following a procedure, and accidental death of a full-term infant are all examples of sentinel events.  Being a Veteran, I did a database search for any sentinel events at VA Hospitals.  The results of my search left me disgusted.  A majority of the first twenty results were involving the Atlanta VA Medical Center.

Joseph Petit was an enlisted soldier who one day wanted to be an Army Ranger.  Following his initial entry training, Petit injured himself doing a parachute landing fall during Airborne School, and had to be medically separated from the military.  Over the next two decades, Petit not only battled physical pain, having to use a wheelchair to get around, but also mental illness.  He suffered from major depression, auditory hallucinations, and had suicidal ideation on a regular basis, attempting to take his life once before.  A little over a year ago, on November 8, 2012, Petit went into the emergency room to seek help to eliminate the voices that he was hearing that were telling him to hurt his mother.  As protocol is, the ER transferred him to the mental health inpatient unit.  The next morning, Petit was discharged by his psychiatrist.
Petit’s family had contacted the hospital to make sure that he was doing okay.  They were told that he was discharged and they anticipated his arrival back at home soon.  That day, Petit never came home.  Following his discharge, he wheeled himself into a bathroom on the eighth floor and locked the door behind himself, and committed suicide.  A staff member found his body twenty-four hours following his discharge, in the bathroom, in his wheelchair, with a trash bag over his head and a blue cord tied around his neck.  Petit had breathed his last breath in anger, frustration, and hopelessness..
When I did my run from Georgia to Indianapolis, the Department of Veteran Affairs stated that there were 18 Veterans committing suicide each day.  Now, two years later, the number of Veteran suicides per day is 22.  Let’s do some math:
22 x 365 = 8,030/year

According to Suicide Awareness Voices of Education (SAVE), there are roughly 30,000 Americans that commit suicide each year.  So, if we take the amount of Veteran suicides per year (8,030) and compare it to the suicides by Americans, we get this:
27%
27%, 1 out of every 4, one-quarter of all U.S. suicide is Veteran related.  There is no easy way to put it (I’m not a statistical genius, but these numbers are from two organizations and I just did the math).  This is a huge problem that we are facing.  If you are a Veteran who is successful in life and not doing anything to help out your battle buddies, you are WRONG.  You can be the greatest psychiatrist, social worker, or doctor in the world, but you are not going to get inside the mind of a war fighter like another Veteran can.
In the time it took me to write this, another Veteran has taken their life.