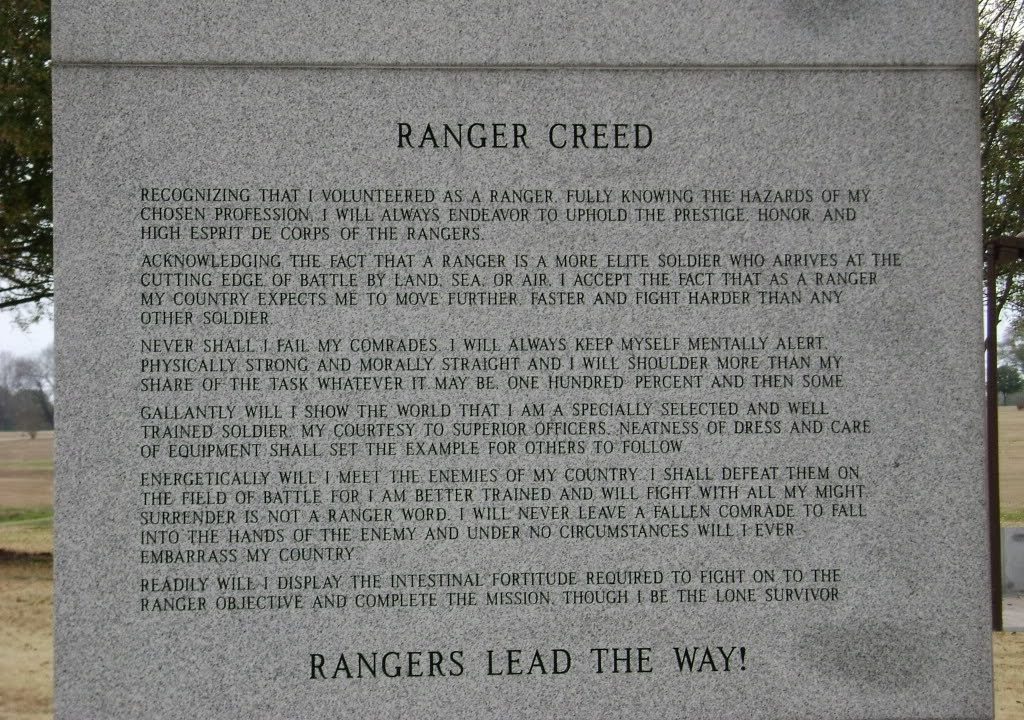 Over the weekend, I had the chance to meet with an individual who said he was in the Ranger Regiment a couple decades ago.  I couldn’t verify, so I did my best to ask him questions to check the legitimacy of his claim.  I’m not going to list his name or the duration he was in for the sake of confidentiality, but I’ll refer to him as Joe.  Joe, had been in and out of the VA for quite some time for mental health and addiction issues.  He had been clean for some time, and now was now facing something that I was familiar with, trouble with marriage.

Joe told me that his wife had taken his son and disappeared for a week, only to find out that she was with her “new” friend, and she didn’t want to be with him anymore.  The stress from this situation filled him with anger and he said things he shouldn’t have said, and did things that he shouldn’t have done.  He was regretful, but still very angry.  I did my best to explain to him in Ranger language that he is going to go through many different emotions, and many of us have been there before, so he is not alone.  His major concern was for his son.  His son was his buddy and meant more to him than anything, and he was scared that he was going to lose him.  I told him my story and about how Run Ranger Run is what saved my life when I went through the similar situation.  I’m not sure if it gave him some hope, but at least it was an example that he can overcome.

The second time I talked to Joe, I had a printed copy of the Ranger Creed that I gave to him.  I highlighted a few lines that apply to his situation:

“…and I will shoulder more than my share of the task, whatever it may be, one-hundred-percent and then some.”

“Surrender is not a Ranger word.”

Joe told me that the few minutes that I had talked to him, presenting him with a copy of the Ranger Creed, was more therapeutic for him than all the years combined that he had talked to anyone else at the VA or other facilities.  I told Joe that he had this motivation all along, that it was in his head, and all he had to was live it.  The following day when I talked to him, I noticed that his tone had changed, and he stood a bit taller.  He told me that he had taped the copy I gave him to his door, so every time he steps outside he reads it, and it gives him the motivation possible to attack the day.  It was refreshing seeing the difference in his demeanor.  It may only be temporary, and he may have some other obstacles in his way, but at least now he has something to pull him back to solid ground, giving him the ability to refocus on the objectives ahead of him.

Following this encounter with Joe, I realized that I do not read, nor recite the Ranger Creed nearly enough.  So, I printed an extra copy for myself, and much like Joe, I taped mine to the door.

First stanza of the Ranger Creed, repeat after me… 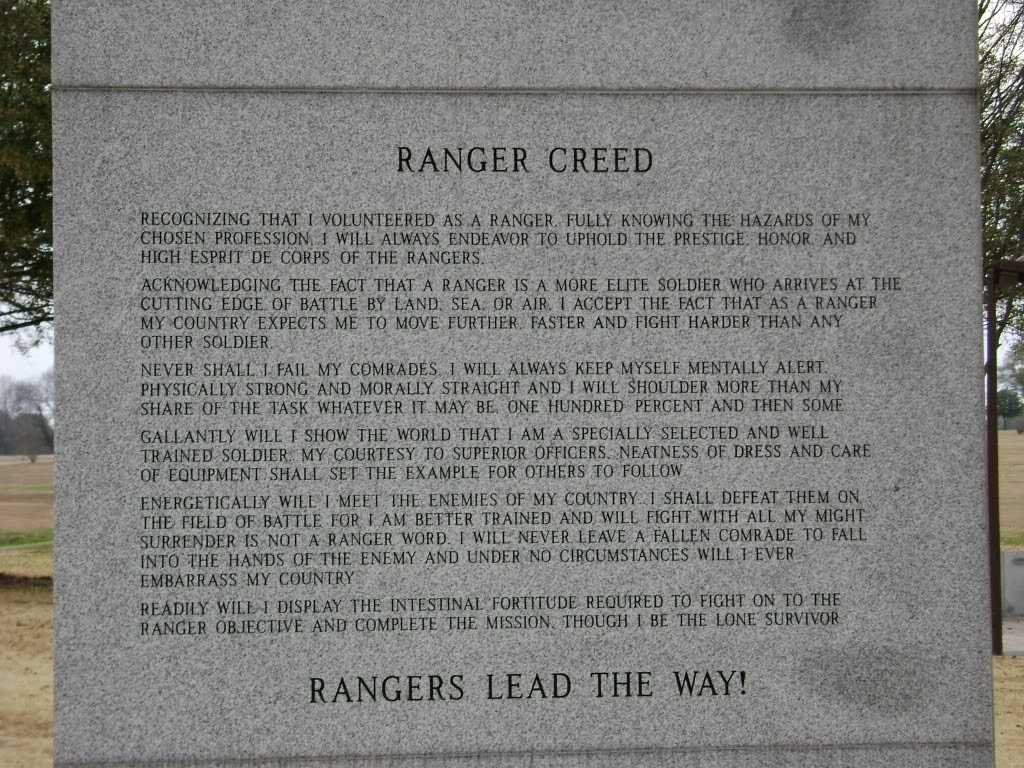 Another Ranger’s perspective on the Ranger Creed