Pledge Now!
HomeGallantFew News UncategorizedRound 2 of the Triangle of Death 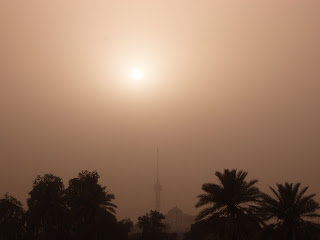 The next mission we were briefed on was going to be back at the same spot, The Triangle of Death. I knew that we were going to be going back and was a little apprehensive but very thankful because we did not have any casualties directly in my platoon. I knew it was just a matter of time that something bad was going to happen. You have to prepare for the worst but hope for the best in any combat situation. Alpha Company lost an E-4 SAW gunner when the enemy came out blazing his AK-47 after they breached a Connex. The enemy must have been holed up there for a while and knew he was out gunned and out manned. You see, Haj(slang for bad guy)- is good at getting lucky, this part of the war when the Muslim Extremists started using suicide tactics to take out the Allies. They would shoot a barrage of gunfire and then detonate a suicide vest as a last attempt to take out any Coalition Troops near him. This time I was close enough to the event that I heard the cracks of the AK rounds zipping above my head in a dug in position on the other side of the connex yard. He ended up getting one of our guys before the rest of the team pumped him with a blaze of 4-6 rounds ensuring his meeting with his promised 72 virgins.  That was the first time I heard the Company Commander get on the mike and announce the KIA (Killed in Action) battle roster number over the radio. It was a sad day but gave me more fuel and rage to eliminate the enemy. At this point, it wasnt about the United States, it wasnt about the War on Terror, it was about the guys there with me that were stuck in this war fighting. Fighting an unrecognizable enemy that used cowardliness as a tactic.. And  I did it for them, they were my brothers and they were the best guys I will ever get to serve with.

I truly cared about the guys I was fighting with and thought that it was awesome that just like myself they volunteered to fight this war. To me these are the greatest men of our generation and most of the guys I was with were true Americans. These guys were the freaks of the human beings, strong, mentally tough, and physically fit. We were all from different parts of the country, some from the south, some city boys, but most were from small town USA and loved the great outdoors. I found that most of them loved big trucks, any vehicle that went fast, and grew up shooting wild game. We all had so much in common it was unreal.  They did extraordinary tasks and did them well. I had a ton of confidence in the men I was fighting with, they were true american warriors and the bonds we all made will last a lifetime.

A key member of our mortar team and my best friend Matt Bushong always said, “we arent fighting this war for anyone else, we are fighting this war for each other.” Bush, as I called him, was a big burly country boy from Kentucky and had a deep southern drawl. He could quote the Vietnam War movie Platoon  word for word. He was a 6 foot 5 inch, 250 pound man that loved to get in on the action. And when we did a Mass Tactical Night Jump from a C-17 he was the first one to hit the ground and hit hard.  His hands were the size of a silver back gorilla and I am not exaggerating. I once witnessed Bush lift up our teams 6×6 Gator loaded down with equipment so a teammate could change the tire during a firefight. I mean a massive individual, his dad played football for the Green Bay Packers.

Back to the mission, This time I was going to be driving a modified John Deere 6×6 Gator off the helicopter with our mortar system and rounds on the back of it. I think I had close to 20 rounds in the bed of the work horse. We had went black on ammo the last time and almost had to be resupplied. So we ensured we had enough rounds to last long enough to bring the pain to the enemy for a decent amount of time. Plus, its always good to bring a gun to a knife fight especially in the Triangle Of Death. Fire superiority wins battles and allows the good guys to close with and destroy the enemy. Something we knew we could all handle and at the very least we all trained very hard to do so.

We were sent to a small FOB (Forward Operating Base) that was heavily fortified by HESCO barriers and sandbags because of the frequent incoming enemy mortar fire. We staged there before the big infil of the next mission. The combat outpost looked like a reinforced coffin thrown in the middle of a desert, if it wasnt being mortared it was in a hellish type of sandstorm. All the elements that went along with the FOB were dangerous. Even the flies and spiders were 3 times bigger and you could hear them running across the tent floor or buzzing around looking for the next victim. It wasn’t a pleasant place.

We would stage here for about 3 nights and do equipment checks and commo checks to get a warm and fuzzy on all the missions’ moving parts. The infil of any mission is also the biggest unknown and to me is one of the more scary parts of any mission. Although we had a ton of intelligence on the area and some great aerial photos to plan from, taken by some of the most top secret drones and reconnaissance elements. The bad guys always has a way of blending in with the locals so its unknown how many are farmers by day and fighters by night. It was go time and I was ready, the next night we would load the bird and fly in the enemies back yard and stir the hornets nest. This is what every infantryman trains for and it was our time to shine.

This is a picture of a sandstorm in the middle of the day. You can barely see the tower below the sun that was usually easily visible.

Thanks for reading the blog, stay tuned for Round 3 of the Triangle Of Death! God Bless!