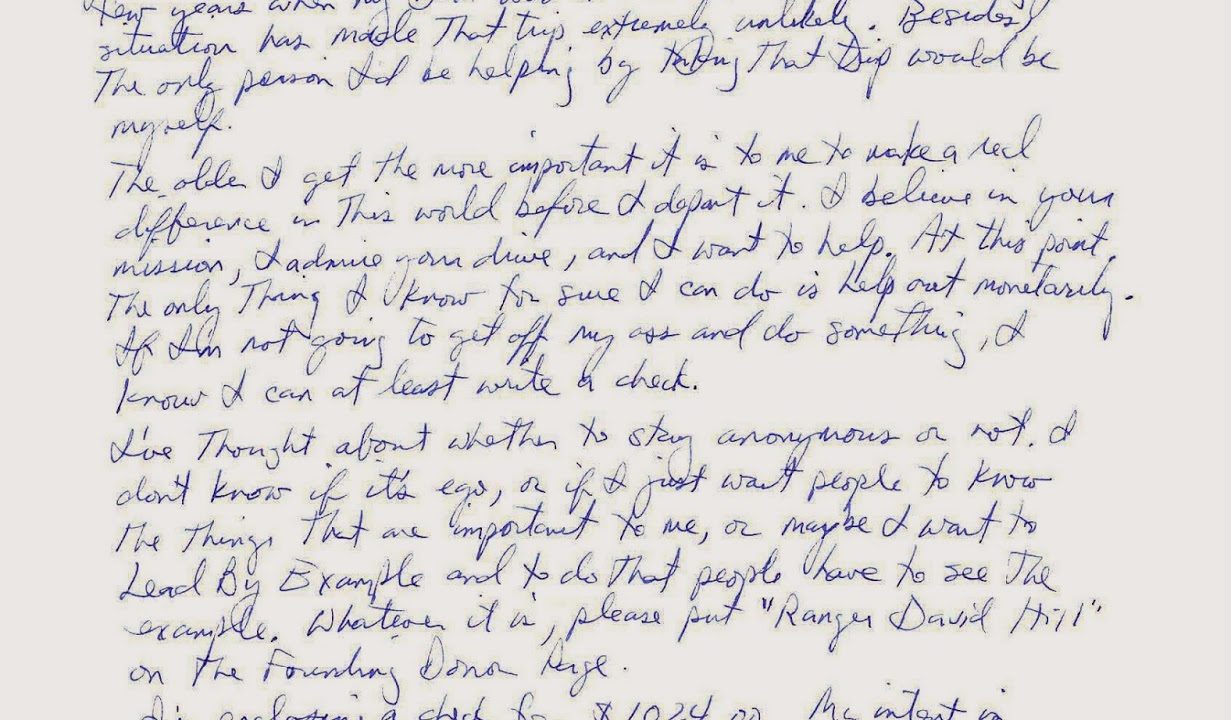 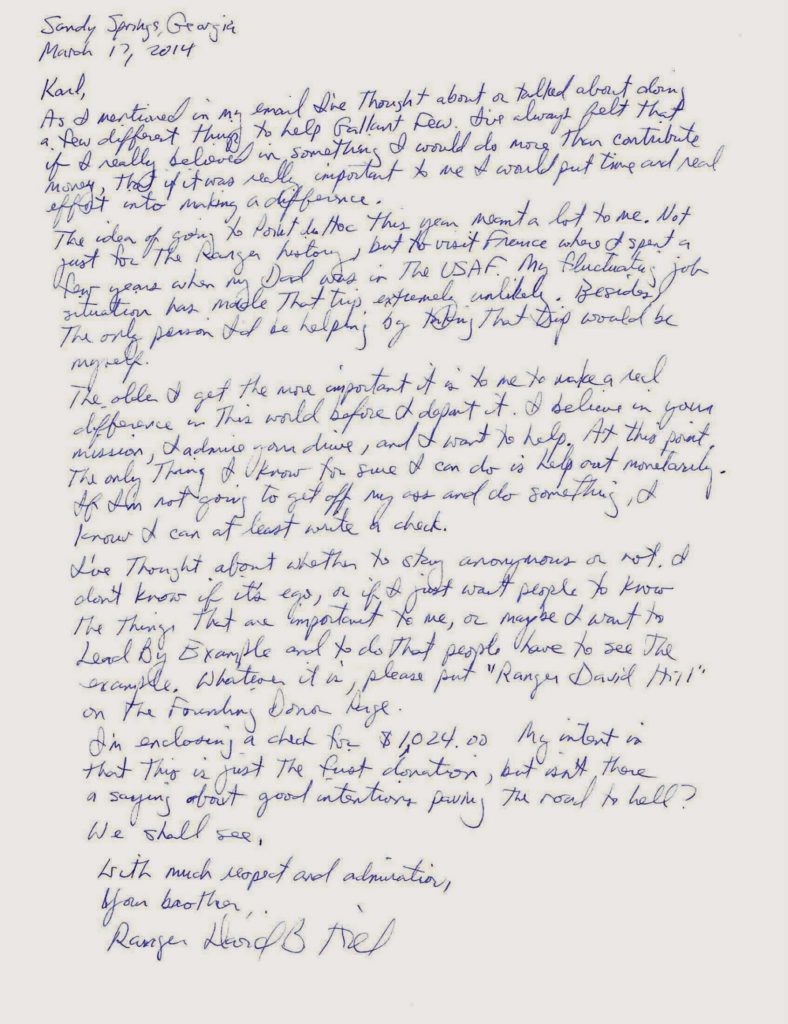 Ranger Hill had been saving money to go to Normandy for the 70th Anniversary of D-Day, and due to his schedule he is unable to go – so he decided to donate the funds he had saved to GallantFew.
I don’t share a lot of details about GallantFew’s work because so much of it is intensely personal and the veterans we help are very private people.  I know because of that there are some who wonder why we need funds and what is it we do with those funds, so I thought I’d share this thread I posted on my personal Facebook page earlier.  I didn’t expect to get the feedback that I received – 145 Likes, 7 Shares and nearly 30 comments a few hours after posting.  One of them said “Awesome. I needed to hear that today“, so I thought I’d share it wider along with a note from a Ranger veteran who made a seriously large donation.

So this is how GallantFew, Inc. works and is typical of the unseen hand that guides. I connect to a Ranger veteran who returned from the brink of suicide and now puts himself in the public eye setting the example and talking constantly about the dangers of DWI and over the weekend is interviewed.

Another Ranger medically retires and moves nearby, in casual conversation mentions he’s looking for a service dog, a big full-blooded German Shepherd.

A gal in Pennsylvania, whose brother was an 82nd ABN veteran that committed suicide has dedicated her time and resources to providing full-blooded German Shepherds to veterans. She hears the interview, looks up GallantFew and calls me this morning wanting to help someone.  She and the Ranger are now connected.

I am constantly amazed.

One of the comments:

You have been a beacon. A light in our lives that continues to shine and points us in the right direction. You do so much for the Rangers but trust me, you have done even more for this wife. I cannot tell you the weight that you have taken off my shoulders. You allow me to breathe and know that when I feel I have no where to turn your light points me to the right direction!!

I’m not writing this to impress anyone, I’m writing to let you know that the funds you provide allow GallantFew the ability to develop networks and put resources in place that make a real, discernible difference in the lives of veterans and their families.  It’s not just Rangers, but we started from that foundation so it comprises the majority of the network – but that is starting to change, with the onset of the Raider Project and more and more veterans from outside the Special Operations Community coming to us for transition assistance and to be mentors to those seeking transition assistance.

Last year we helped SFC (ret) Phillip Kitts and his family.  Today Phillip and Heidi are leading the way in talking about their experiences with TBI and PTS, and they are helping me educate lawmakers on shortcomings, and they are setting the example by telling other veterans about their own experiences – sharing lessons learned and resources discovered.  Phillip is taking responsibility for reaching out to communities of veterans – like I did with Rangers, he’s doing with veterans from the Old Guard, 1st Infantry Division (by combat teams) and more.

The Old Guard, you say?  What action have they seen lately?  The Old Guard became some of the very first responders following the terrorist attack on the Pentagon.  Phillip watched from Arlington as the attack occurred, and subsequently found himself and his buddies performing the grim task of recovery and accountability in the ruins.

Many exciting and promising initiatives are underway at GallantFew – so stay tuned, we’ll be announcing them very soon.  You can get involved right now!