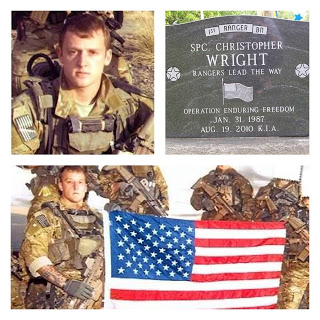 It is best said by Colonel William O. Darby.  “We the living Ranger, will never
forget our fallen comrades.  They and the
ideas for which they fought will remain ever-present among us.  For we fully understand the extent of their
heroic sacrifices, we will carry their spirit with us into all walks of
life.  Into all corners of America our
hearts join together in sorrow for their loss but also our hearts swell with
pride to have fought alongside such valiant men.  They will never be considered dead for they
live with us in spirit.”
Because of the wonderful lives
lost during my time as a Ranger I have been driven to a greater cause and in
memory of my brothers as a tribute to honor these men I have dedicated my life
to a greater good on behalf of other Rangers to help facilitate a successful
transition for Army Ranger veterans from active military service to a civilian
life filled with hope and purpose.
Rangers Lead the Way!
Thank you.
Grant McGarry
Learn more about Darby Project and GallantFew.
Tweet
Share
Share
Pin
0 Shares