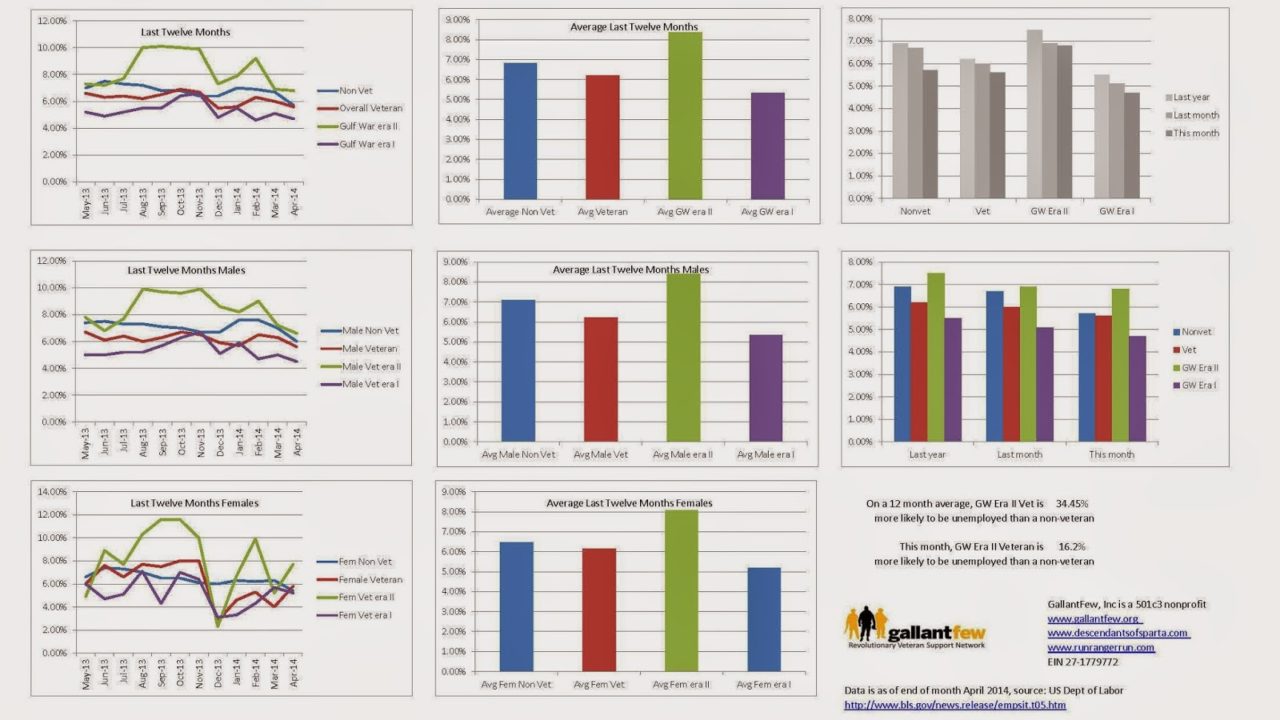 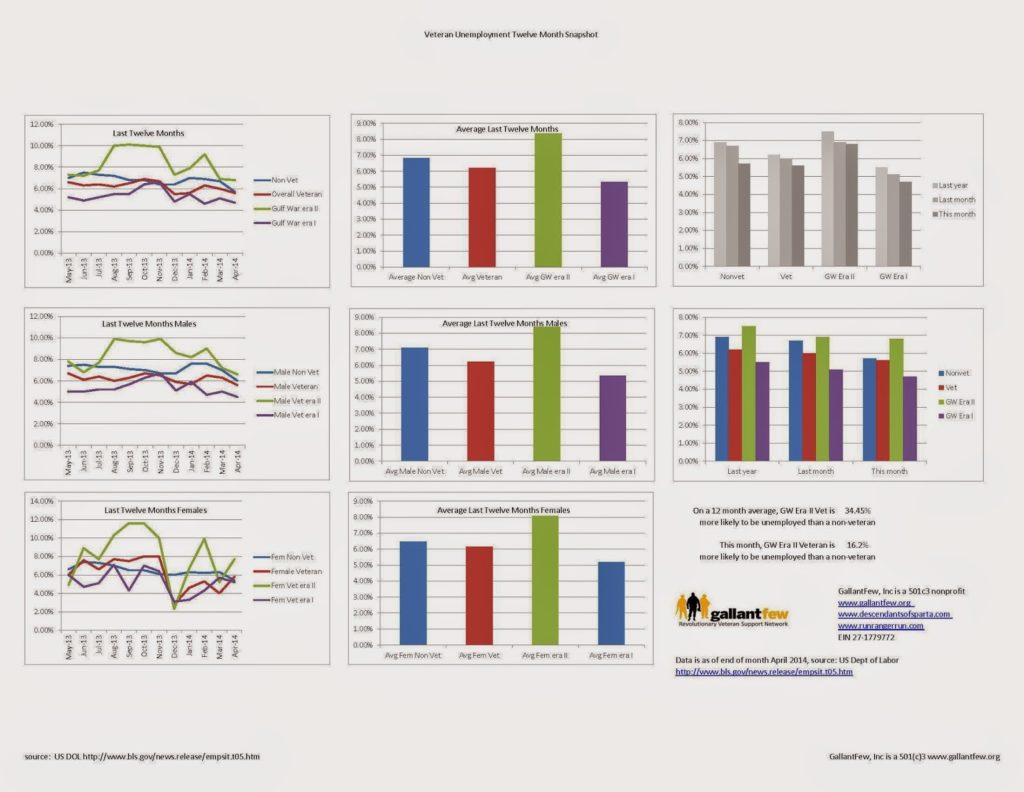 So as the overall economy rates drop, so do the veteran rates (unless you’re female), but the gap between new veteran and non-veteran remains concerning.  This makes it all the more critical that those of us (pre 9/11) veterans engage with these young men and women coming home to our communities.  We have jobs, we have networks.  Put those networks to work, and let’s get our newest veterans to work – especially the women.
To quote GEN Wayne A Downing (RIP):