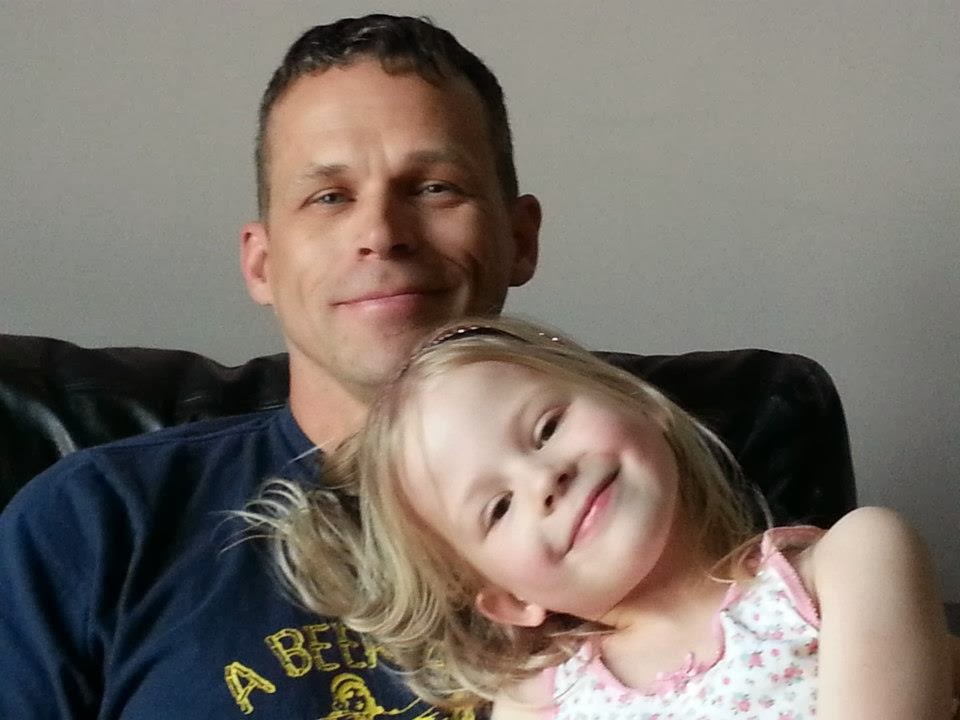 I have been meaning to bring this story to The New American Veteran blog for some time now.  It hits close to home with me, and I am sure there are many of you out there that have experienced something similar.

Quick story for anyone who is a first time reader and/or may not know me.  When I was still in the military, stationed down in Georgia, my daughter’s mother decided to separate from me and take my one year old with her back to Indianapolis.  I did everything I could in order to keep her with me, but I was limited in power because I had my obligation to the military.  It was a horrible waiting game, but it was all I could do.

Last year, there was a story that was ran on multiple media outlets.  It was the story of an Army father who was fighting for custody of his daughter, but this was a much more complex case than my own:

“Lynne and Jeff Chafin had married in Germany in 2006, and Eris was born in that country a year later. Lynne Chafin took her daughter to Scotland when Jeff Chafin was deployed to Afghanistan. He was transferred to Huntsville in 2010, and Lynne Chafin visited Alabama with her daughter in an effort to reconcile. The attempt proved unsuccessful; Jeff Chafin filed for divorce and custody. Lynne Chafin was deported in February 2011 for overstaying her visa after she was arrested on a domestic violence charge. Jeff Chafin cared for his daughter for several months until a federal court ruled against him later that year (ABA Journal).”

So now SFC Chafin finds himself in a difficult fight.  When the mother was ruled to return to Scotland, she took their daughter, Eris, with her.  Jeff has been fighting for custody ever since.  He tried to appeal the ruling over the custody, but was dismissed by the 11th US Circuit Court of Appeals.  But, Jeff did not stop there, taking this case all the way to the US Supreme Court.  In February 2013, the ruling was overturned by by a 9-0 vote in the Supreme Court, giving him the ability to appeal the original custody ruling.  Two years of tiresome fighting just to be able to appeal the ruling, he is now back at square one.

After reading about this story, I immediately looked Jeff up on Facebook.  I sent a message to him to keep pushing forward, of which he responded that he will never give up.  This morning, he updated his Facebook status stating:

“Next Friday is the next stage in my fight for Eris. I will FINALLY get my appeal (of the original court order) 2 long years after Eris was sent away. It is sad I had to go all the way to the United States Supreme Court to have this chance but I will take it! Oral arguments will be heard by the 11th Circuit Appellate Court in Montgomery Alabama next Friday. If this court decides I wrongfully held Eris in the United States then I will have to fight custody in Scotland and also pay my ex’s lawyer fees of $94,000.00. If they decide I didn’t hold Eris here then the fight for custody will be here in the US and at the same time I will file paperwork in Scotland to try and get Eris brought back home. Plus, not having to pay the lawyer fees. If you are anywhere in the Alabama area, you are more than welcome to join us in an exciting day in court.”

Many of us understand the burden of fighting for custody of our children.  SFC Jeff Chafin is a true fighter and his voice is finally being heard!

If you want to read more about SFC Jeff Chafin’s story, please visit his Facebook group at https://www.facebook.com/BringErisHome/info.

Also, here are some links to his story: