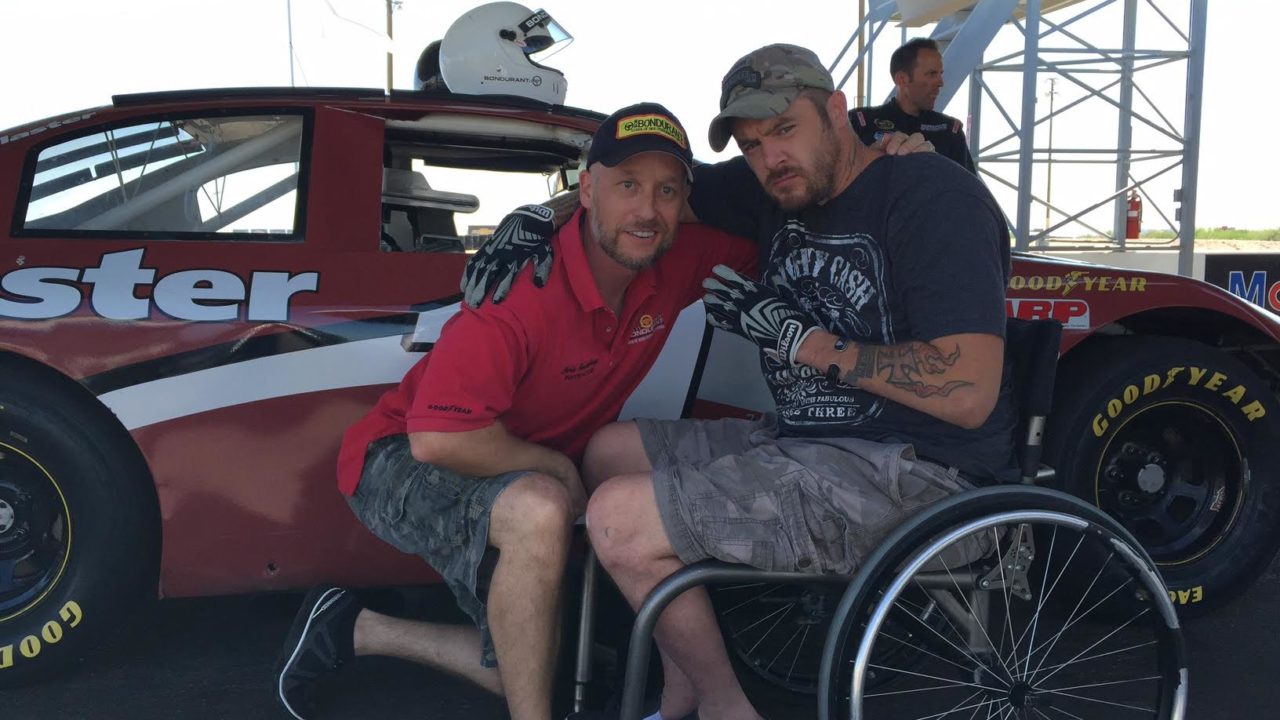 Do you ever wonder how you can personally give back, raise money or advocate for GallantFew or another charity.  Chris Siedentop found his personal calling.  He decided to advocate through swim while fundraising at the same time. GallantFew is proud to highlight Chris Siedentop on our community action page.  You can connect with his fundraiser and make a donation to support Chris.

Chris Siedentop plans to organize a day to swim at a Scottsdale, Arizona, pool in August.  His swim will be approximately nine miles.  He plans to swim straight through those nine miles with only a couple of restroom breaks.

Christopher Siedentop and his Phoenix Soldiers Foundation are, in a way, an extension of the Marine Corps’ legendary motto: Semper Fi–“Always Faithful.”  The foundation makes an effort to honor continuously the sacrifices that our military men and women make for our country. Now he is wanting to share his support with GallantFew.

Siedentop has worked closely with members of the Army Special Forces, training them in antiterrorist driving techniques. He is, proudly, an honorary member of the POW/MIA/KIA Honor Guard. When not overseeing the Foundation, Siedentop owns and operates a property management company.

“My clients often donate their luxury furnished properties, and this allows the veterans and their families to enjoy a trip of a lifetime,” says Siedentop. P1 Property Management is located in Scottsdale, Arizona, and offers buyer/seller representation. They are actively representing veterans with purchasing their first home.

“My mission is to seek out wounded veterans and active-military personnel to offer them vacations, gifts or whatever they may need. Without their service, this country would not exist,” Siedentop said with great conviction. “I feel that every veteran deserves to be pampered and taken care of. In support of wounded soldiers, our foundation has created the ultimate retreat for special troop members and their families.”

Inspired to go out and do  your own swim for charity.  Don’t forget a perfectly patriotic accessory.  Here is our favorite find and they are on sale too! Who can pass up flag Ranger panties?

A personal note from Siedentop

A man named Parks was Siedentop’s inspiration for starting the Phoenix Soldiers Foundation. One day, after a quick trip to purchase a sleeping bag, some warm clothes, food and gloves, he set out to find somebody deserving. Heading south on 15th Avenue, Siedentop spotted an old guy pushing a shopping cart through a field. He stopped and watched. This man was collecting weeds and grass to be used for something. He came to Siedentop’s window and reached for his hand. “My name is Parks,” he said. He asked what church I was from. “No church,” I replied.

Siedentop’s eyes quickly looked at his feet. He always look at a person’s shoes second and eyes first. He had mismatched shoes—two left shoes, and they were in bad shape. Siedentop asked the man about the weeds and trash in his cart. He replied that he “was making a bed.”

I got out of the car and pulled the bags from the trunk and began his version of wealth redistribution. Parks was not some lazy guy looking for a handout. Siedentop chatted with him for a while and found out that he had been a decorated horse trainer and was now homeless. Siedentop had a new pair of running shoes in his car, so he had the man sit down and put them on his swollen feet. He got them on, and Siedentop watched him walk away with a new spring in his step. Good-will mission accomplished!

Always Looking For a Way to Give

GallantFew is fortunate Siedentop believes in the GallantFew mission and will set out to advocate through swim.  This is not his first encounter with GallantFew.  Siedentop has also worked with our very own Ranger Chris Bemiss during “rides for ranger”.  Siedentop blasted them around the track in hopes of raisng spirits and as a small thank you.
Tweet
Share
Share
Pin
0 Shares