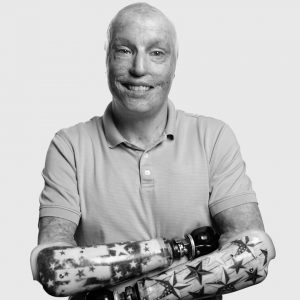 HillVets recently released their list highlighting the top 100 most influential and impactful veterans, service members and supporters from 2016. On this list is GallantFew’s special adviser to the board, Michael Schlitz. These individuals are some of the most exemplary representatives of the veteran community, able to bridge the gap between the veteran and civilian population by educating and increasing the understanding between them. These individuals work to make the veteran experience a reality, and have dedicated their careers to pursuing their goals, achieving great success and recognition in all of their endeavors.

After 14 years of service, Michael Schlitz medically retired from the United States Army in March of 2010. Throughout his military career, he served in several positions from Rifleman to Platoon Sergeant. In addition to his Purple Heart, Schlitz has received several Meritorious Service Medals, Army Commendation Medals, Army Achievement Medals, and Good Conduct Awards among others, each a reflection of his proud service to our country.

In February of 2007, Schlitz and his platoon were in Southern Baghdad performing a basic road-clearing mission to identify Improvised Explosive Devices (IED’s) when two artillery shells attached to a propane tank exploded. Though Schlitz was thrown from the vehicle and survived, the blast killed his driver, gunner and medic. Schlitz not only lost his platoon brothers that day, he also sustained burns on 85% of his body, lost the vision in his left eye and both of his hands. In the years following that life-altering moment, Schlitz has personally committed to “live a better life for the friends he lost that day; a life they would be proud of.”

In his mission to give back to Veteran and Ranger Communities, Schlitz regularly travels the country for speaking engagements and Veteran events. Since the injury, he has returned to Iraq three times to mentor wounded and non-wounded veterans, supported the establishment of several new non-profit organizations, became an Ambassador with the Gary Sinise Foundation, and had the honor of speaking at two US Army Ranger Graduations. Schlitz will continue his quest until every service member comes home safely. It’s a demanding quest, but he’s claimed he will “gladly carry that torch.”