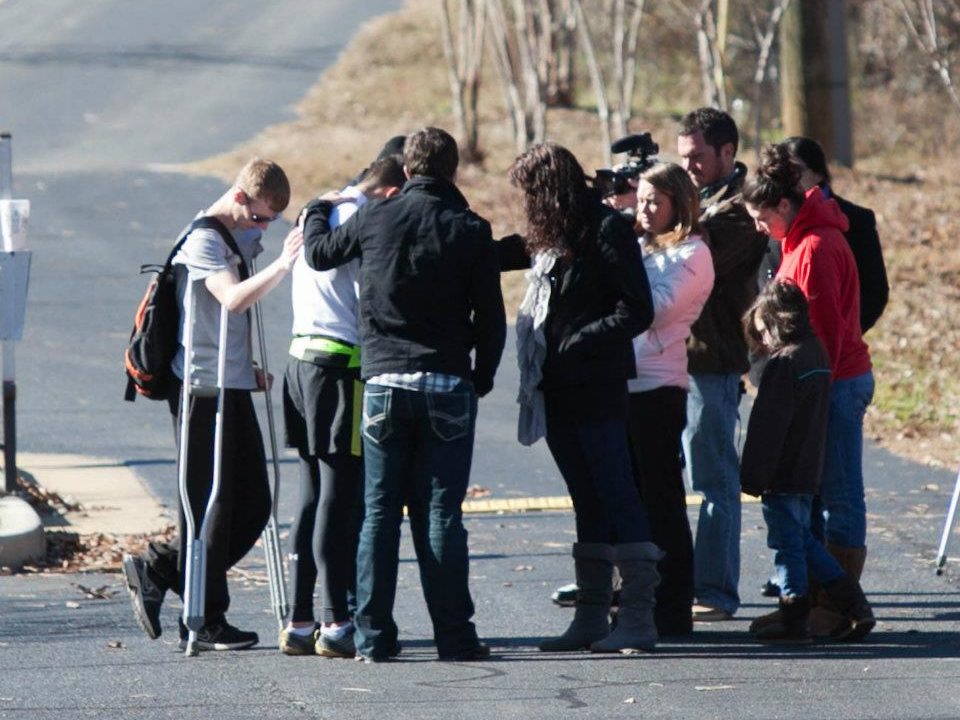 So up here in Indiana, the weather has not been the best this winter.  When I say not the best, I mean cold.  I have held off on running for quite some time, except on those occasional sunny Midwest winter days.  For any of you that might be living in the Midwest, we have seen a few days of sunshine with temperatures in the 50s, even low 60’s as of lately.  So back to back days, I ran 7-8 miles, and I’m paying for it now.  I quickly remembered the physical pain that I was in when I ran from Georgia to Indiana.

Huddled outside of the entrance of my apartment complex in Columbus, GA, a group of my friends and I prayed.  This was the day; it was Jan. 3, 2011.  The month and a half of planning and preparation was over and now it was time for me to implement the plan of action.  For some reason, the temperature dropped that day in Georgia, and each mile it got worse and worse.  The entire time that I trained, the furthest I had run was 16 miles every other day.  This was nothing like the 20 miles a day, for 28 days, that I was attempting to do.  So, by the last mile, I was completely worn out.  My first day had led me to just at the edge of Franklin D Roosevelt State Park, and the random change in elevation wore me out.  I came back to my empty apartment that night, and I put on two sweatshirts and a sweatpants, yet I still couldn’t get warm.

The next day I woke up and made my way to Fort Benning to officially complete my separation.  The DoD civilians screwed up some of my paperwork, so I had to go back and repeat what I did the day before.  I continued my journey later that afternoon by making a 4 mile up hill run, dodging semi-trucks and reckless drivers.

Beyond the ass pain of dodging cars and trucks, I had a breakthrough moment that day, a feeling that I will never forget.  After ascending the hill, for what seemed to be forever, I finally made it to the top.  The rewarding part about completing an uphill battle, is the moment when you get to the other side and you begin to make your descent.  This obviously is more significant than just letting your legs go by the grace of gravity.  Up to this moment, five months I had lived in an apartment with just a television, washer/dryer, and an inflatable mattress.  The door to where my daughter used to sleep had been closed for months.  Every time I came home from work, I had illusions of her coming to the door saying “Daddy.”  Every night I had dreams of my previous life, one in which I had my family there with me.  So, as you can imagine, I didn’t ever want to sleep.  But, this was the uphill battle I had to overcome.  So, as I started making my way down the hill on that day, I cried with a huge smile on my face.  I was overwhelmed with joy because I knew that I had made it through, up to that point, the darkest time of my life and I did not give up.  Surrender is not a Ranger word.


In closing, I will shed some light on the uphill battle.  When I finally made it back home, I not only had to face legal measures with a divorce, but I had to figure out who I was beyond the struggle and reintegrate myself into the selfish civilian world.  I had no money, it was all drained because of the divorce.  I was living with my parents, something that I hadn’t done in ten years.  Unemployment, being homeless, and hopeless all crept its way into my life…but, I didn’t stop.  I found ways to get through it.  I utilized the relationships that I have built through my run to talk to others that have gone through similar situations.  I know I’ve said it before, but I have more friends that I have never met face-to-face than I do have in my local area.  Acquaintances are those that share stories and a few good laughs, but friends are those that will bring you into their home when you no longer have one.  A friend is someone that will push you up that hill.

There are times that you think you are at the top of a hill, but it turns out it just leveled off and there is another climb in front of you.  And sometimes, that hill is a mountain.  There isn’t a topographical map to life, so you will never know exactly how much further you have to climb in order make it to the top.  But, when you do,  just remember to enjoy the view, and enjoy your descent.