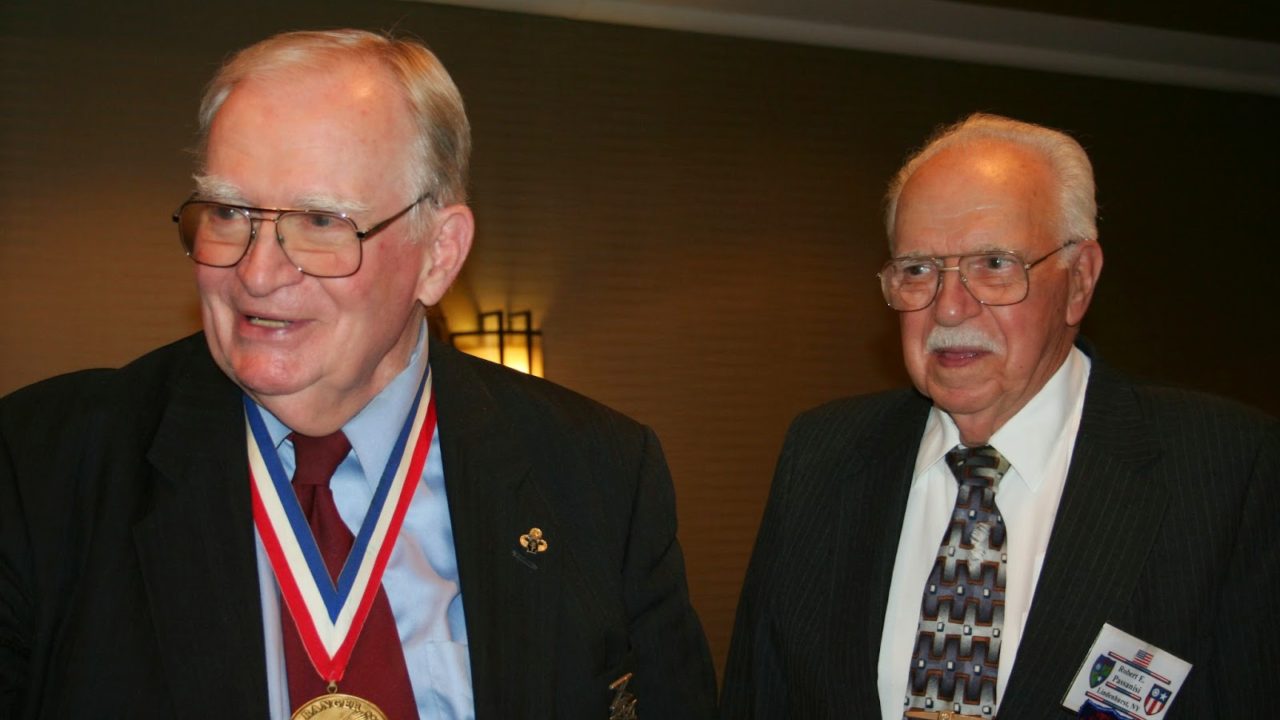 Below is a letter to the editor of a local paper written by Ranger Hall of Fame member and original Merrill’s Marauder LTG (Ret) Samuel V. Wilson.  Earlier this year I interviewed him. km

Attached and also pasted below is a short piece for whatever use you may wish to make of it–OpEd, Letter to Editor, “stand alone.”  Also feel free to edit, rewrite, or “cherry-pick” as you like.

As you can see, the subject is  “Merrill’s Marauders” and the 1944 North Burma Campaign.  As you may already know, the Governor of Virginia has proclaimed August 10, upcoming (also see below),  as National World War II Merrill’s Marauder Day to commemorate that successful yet tragic campaign.  As one of the few surviving Marauders, I have written this short essay (?) to call attention to the day the Marauders ceased to exist and to honor a valiant band of American fighting men who by now are all but forgotten.

I am informed that this piece will form the editorial of the Farmville Herald in the upcoming Friday edition, August 8th.

Reflections on the North Burma Campaign of 1944

These days I spend much of my sunlit mornings in a rocking chair on my front porch listening to bird songs and watching the butterflies flit and careen around the shrubs and flowers.  Down below in the small lake, largemouth bass leap after dragon flies. In boyhood we used to call them “snake doctors.”  Their random flight patterns remind me of helicopters  Often in the distance there is the wild sounding call of the pileated woodpecker, strangely similar to the cries of Gibbon monkeys that I listened to in faraway jungles seventy years ago.  When the monkeys went quiet, we knew the enemy was near.

Battle scenes in jungled mountains are never far from my mind.

When we first went behind the Japanese lines in North Burma in early 1944, we were known as the ”Galahad Force.” Galahad was our radio call sign.  Later, the news media dubbed us “Merrill’s Marauders”  after our commander, Brigadier General Frank D. Merrill.  We were 3,000 volunteers who had responded to a presidential call to engage in a “dangerous and hazardous” mission.  Some eight months and almost 1,000 zig-zag miles after the first shots were fired, we had been whittled down to 200 soldiers still able to fight.  The arithmetic itself tells the story.

The feeling I remember most from those harrowing days is fear—numbing, paralyzing, choking, dry-mouthed fear.  We were deep behind the lines of a ferocious enemy who greatly outnumbered us.  Danger was everywhere, 360 degrees, every minute of the day and night.  Our umbilical cord to safety in India had been cut–we had cut it ourselves.  Our only connection with the outside world was by air–and that link was a tenuous one, vulnerable to fickle weather conditions and to Japanese Zero’s, superb fighter aircraft with veteran pilots.  Yet our only means of sustenance and support hung up there in the air above us.  It is a wonder that some of us could survive, let alone put up a good fight.  But fight we did, and somehow we managed to succeed agains the odds and at great cost.

It is at times like those that intangibles, things that you can’t see or touch come into play.  I shall never forget one such instance.

We were deep into our campaign. The going was tough, and our losses had been heavy.  Then one day in an aerial resupply drop there came several pouches of mail.  Letters from home.  I had two personal letters, an overdue officers club bill and a small package.  I took my treasures and went behind a clump of bamboo and sat there for a few minutes holding those precious items tightly in my hand.  The return address on the small package read “Jamestown Presbyterian Church, Rice VA.”  For some reason, I opened it first.

It was a small autograph book, the kind that high schoolers exchange with sentimental inscriptions on graduation day.  My little book was full of personal messages, prayerful inscriptions from members of the Jamestown congregation–family, neighbors, sunday school mates, close boyhood pals, more distant kinfolk and people whom I hardly knew.  The words varied, but the message was constant: “We love you and pray for your safe return.”

Choking back a sob, I turned to the first inscription.  It was from my mother.

“Sam, this verse brought you clearly before me. ‘…I will lift up mine eyes to the hills from whence cometh my help.’  “May you ever keep looking up.”  (signed) Mom

I put both hands over my mouth. I didn’t want my men to hear me cry.

A new book on the legendary WW II Merrill’s Marauders was released to the public in November 2013 in honor of Veteran’s Day, according to its award-winning English author Gavin Mortimer.

“Merrill’s Marauders: The Untold Story of Unit Galahad and the Toughest Special Forces Mission of World War II,” traces the short history of the 5307 Composite Unit Provisional (CUP,) later dubbed Merrill’s Marauders by the press, in the China-Burma-India Theater of Operations.

Included in the book are first-hand accounts of nine members of the 5307th CUP interviewed by Mortimer. Two of the nine, Edward A. “Ted” McLogan, the last surviving officer of the campaign, and Francis Ponder, one of the 5307th replacements, died during the past year.

Those men are part of the 3,000 from the jungles of Panama and Trinidad, Guadalcanal, New Guinea, New Georgia and the United States who answered President Franklin D. Roosevelt’s call for a secret “dangerous and hazardous” mission in 1943, and volunteered not knowing where they were going or what they would be doing.

Mortimer, one of the world’s foremost experts on World War II special forces, said he wrote the book because “there was a sense on my part in wishing to publicize just what the Marauders did in Burma.  I have long been an admirer of Charles Hunter, the Marauders second in command, and I think he got quite a rough deal at the end of the campaign, as did the Marauders in general.

“The involvement of U.S. ground troops in Burma has been largely overlooked in histories of WW II,” explained Mortimer. “Burma is regarded generally as a British theater, in the same way the Pacific was a U.S. theater.

“But the Marauders are testament to the significant and important role that the U.S. Infantry played in the reconquest of Burma,” he said. “It was also one of the most unforgiving campaigns ever seen in modern warfare.

“I’ve written extensively about the Special Air Service and the Special Boat Service  in WW II, and they were brilliant special forces units. What stands the Marauders apart, however, was the fact they were operating in some of the toughest terrains imaginable, and one of the most disease infested. That they defeated not only the Japanese, but also the multitude of diseases, is proof of their outstanding achievement.

“I had no idea about mite typhus or just how prevalent the diseases were before embarking on the project, nor about the size of the leeches, or the constant rain,” said Mortimer, adding that conditions throughout the entire campaign were a “nightmare.”

Yet the volunteers who arrived in Bombay, India, on the SS Lurline Oct. 31, 1943, went on to make military history by marching farther — with estimates up to 1,000 miles — than any other American fighting force in WW II. They had only what they could carry on their backs or pack on mules. There were no mechanized vehicles.

They trudged up the Ledo Road, through the Himalayan mountains and jungles of Burma to achieve their mission – capturing the only all-weather airstrip at Myitkyina, Burma, and opening up supply lines into Asia.

For their bravery, each member of the unit received the Presidential Unit Citation and a Bronze Star.  There were six Distinguished Service Crosses, four Legions of Merit, and forty-four Silver Stars.  The Army’s 75th Ranger Regiment crest is the Merrill’s Marauder patch.

In memory of Merrill’s Marauder Matsumoto

Coming soon – copies of all the proclaimations – 49 States, only missing California (if you can help contact me).