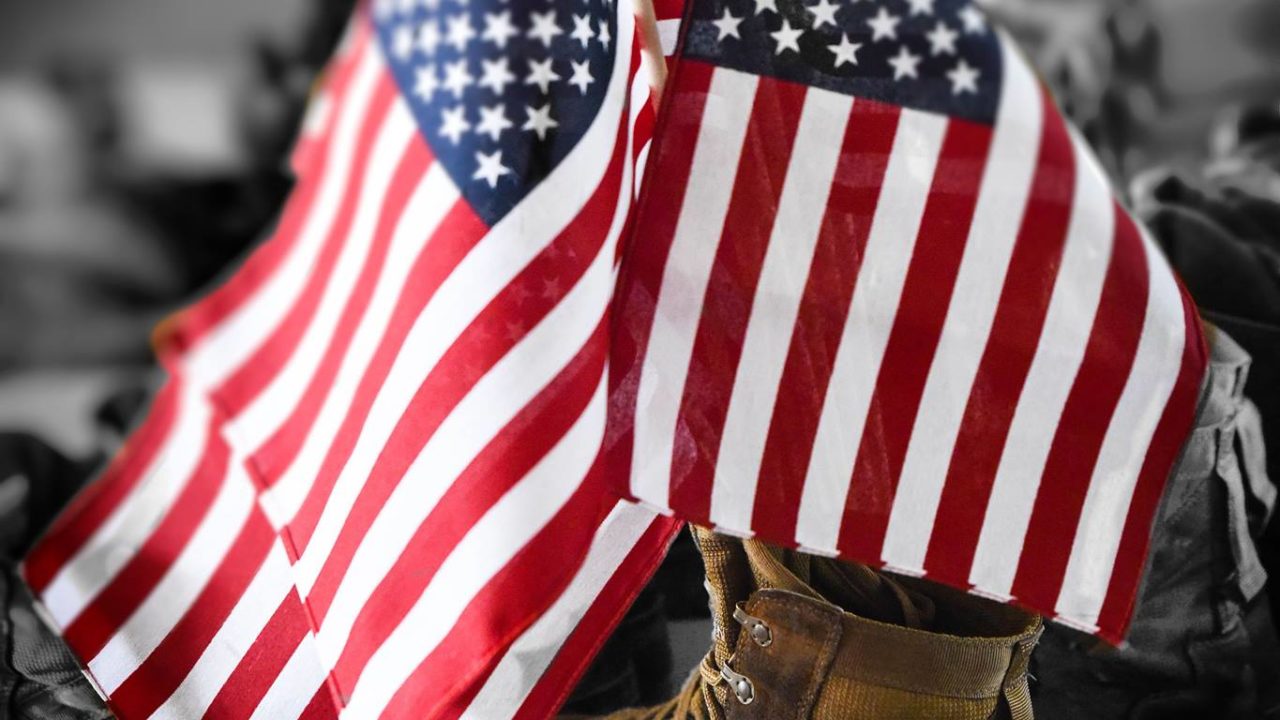 This year marks the 24th Anniversary of the Battle of Mogadishu, one of the most talked about battles involving US service members since the Vietnam war.  What began as a daytime raid to capture two top lieutenants of Somali warlord General Mohamed Fararah Aidid, quickly spiraled into a rescue mission after two UH 60 helicopters were downed while conducting the operation. In what has since been detailed throughout several books, documentaries and dramatized in the 2001 film, Black Hawk Down.  After fighting throughout the night near the first crash site members of Task Force Ranger ultimately fought their way to a rally point held by US soldiers of the 10th Mountain Division the following morning, a route that has become known as “The Mogadishu Mile”.

In solidarity, people from all aspects of community have found a way to convene together to pay tribute to the heroic actions of Task Force Ranger.  This past weekend the flagship Mogadishu Mile event hosted more than 900 people for the Memorial Mile and 5K in Columbus, Georgia. Images, provided by Laura Fogarty Tactical Photography and other individual contributors, depict the total effort involved and the powerful connection community has to this deep rooted historical event high in our memory.

Other organized events over the weekend was a 5K trail run (image below) in Rome, Georgia and a Ruck Run (group image below) in Baltimore, Maryland.  In addition to the organized events, hundreds of citizens signed up to participate in the Mogadishu Mile from their home location (sample photo below).  From the virtual registrations a group convened and proudly supported from the Defense Attaché Office, along with the US Embassy and Special Forces element stationed in Niamey.  They completed their tribute by doing a virtual run with their Nigérien military counterparts.

More memorial events will take place this week commemorating the battle days of October 3rd and 4th.  The hallmark event being in Fort Rucker, Alabama.

It is a part of our mission to never forget.  To remember our history and to honor those events and points in time where we mourned together. If this past week is any indication, our community is not prepared to forget anytime soon.

GallantFew’s Darby Project mission is to set the example for others to follow by facilitating a successful transition for Army Ranger veterans from active military service to a civilian life filled with hope and purpose. A part of the strategy is to lead the way in remembering those who gave all for what we have today, and to recognize the importance of a connected community to our mental fitness and well being.  The Mogadishu Mile has given us a great way to work within our mission this past week.

To see photos from the entirety of the flagship event navigate to: https://fogarty.shootproof.com/gallery/mm93/ 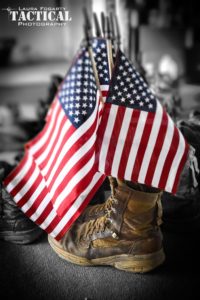 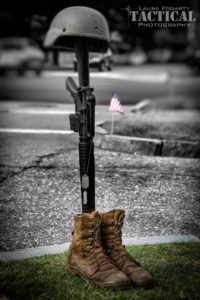 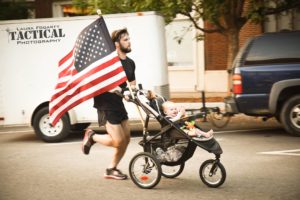 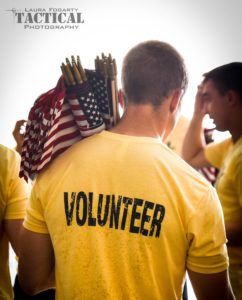 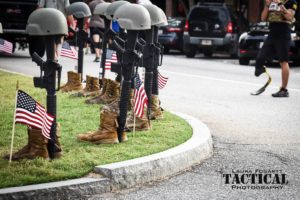 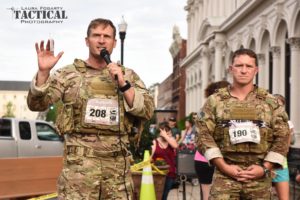 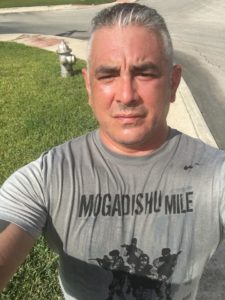 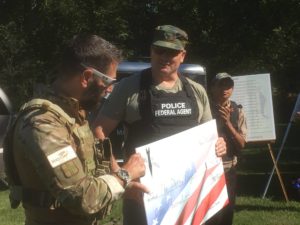 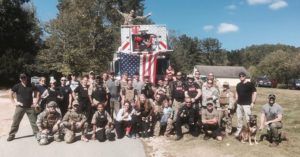 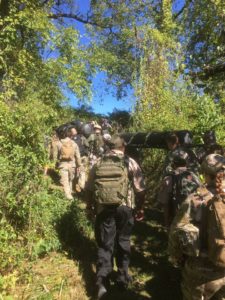 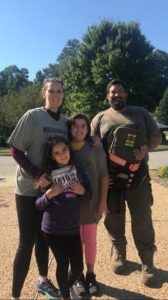 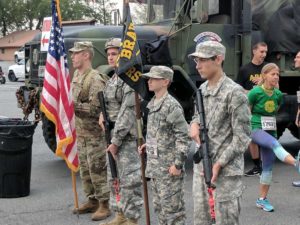 In 1981, the leader of Somalia was overthrown.  The following warfare destroyed Somalia’s agriculture and spread disease throughout the country. In 1992 US Troops were sent into Somalia to assist the UN with humanitarian relief.  In 1993, Task Force Ranger arrived in Mogadishu.  The goal was to capture Mohammed Farah Aidid.

Intelligence indicates that two of Aidid’s top lieutenants are holding a meeting in the Black Sea area of Mogadishu. Both assault force and helicopter force depart and assault commences on target. A rocket propelled grenade hits and disables one of the trucks in the convoy.   Helicopter gunships provide  cover for a critically wounded Ranger.   Super 61 is shot down by an RPG and crowds of Somalis advance toward the crash site.  Twenty minutes later Super 64 is hit by an RPG and subsequently crashes.  The Quick Reaction Force (consisting of elements from 2-14 INF of the 10th Mtn. Division) arrive to assist.  They team up with Pakistani and Malaysian forces to convoy to crash sites. On the morning of October 4, 1993 the convoy departs with some personnel on foot due to lack of space. By mid morning personnel is accounted for at the Task Force Ranger Compound.

Great references  regarding the battle: The Battle of Mogadishu: Firsthand Accounts from the Men of Task Force Ranger

or In the Company of Heroes: The True Story of Black Hawk Pilot Michael Durant and the Men Who Fought and Fell at Mogadishu

Remembering the Battle of Mogadishu

Several groups across the country find ways to remember 19 soldiers lost in the Battle of Mogadishu.  One such group is Masada Tactical.  Established in  2007 to provide law-enforcement, military, corporate security, and civilians with training in Israeli-based tactics. Masada Tactical’s principals, all graduates of special operations units with the IDF share the values, mission, and dedication to win the mission that the US Special Operations community exhibits. Having trained multiple police agencies and military units, Masada Tactical is proud of its relationships with its American counterparts. Another is an annual Mogadishu Mile 5K in Columbus, GA and virtual run.  Both events will have a portion of proceeds going to support GallantFew’s Darby Project with the mission to facilitate a successful transition for Army Ranger veterans from active military service to a civilian life filled with hope and purpose.

US military and veteran aid non-for-profit organizations. The event began as a personal mission to assist those the principals of Masada Tactical met and work with  in the USA.  Initially, The event was met with some resistance from those in the community who thought the event was taking advantage of their tragedy for personal gains.  Masada Tactical is proud to have been able to not only prove that their hearts are in the right place, but now have many of those who resisted us initially join us in making the event successful. Proceeds support Darby Project and Warrior 360.

This year Masada Tactical’s Mogadishu Mile (Sunday, October 1, 2017. Start time: 1030) will fall under “official” Mogadishu Mile events that is being coordinated to synergize the activities and to provide as much support going back to the legacy of the units affiliated with Task Force Ranger.  The location is Cromwell Valley Park, Baltimore County, MD. Register for the Maryland Mogadishu Mile event here.

Few events show, at least publicly, the tenants on which special operations rest. From dedication to the mission to the care and love to our warrior brothers, the battle of Mogadishu shows what these warriors are made of. Masada Tactical’s Tzviel (BK) Blankchtein admits, “Over the years we had the pleasure of meeting and working with many members of the US Special Operations community, and especially the 75th regiment and 160 SOAR. We are proud to call them friends and are honored to be able to help them any way we can”.  He continues to shares, “On a personal note, the events of the Battle of Mogadishu took place one month before I enlisted and greatly affected my decision to go the special operations route.”

Other Noteworthy Items to Mention