Hey everyone! I hope you are all doing well.  Today I am coming to you from the road.  For the Memorial Day Weekend I am traveling with my daughter to Latrobe, Pennsylvania. In case if that sounds familiar, it is home of Arnold Palmer (golfer), Fred Rogers (Mr. Rogers), and Rolling Rock Beer (which was bought and now is brewed out of Jersey).  But most importantly, it is the place my grandmother and grandfather grew up.  My grandfather went to school with Mr. Rodgers and my grandmother dated Arnold Palmer.  It’s kinda funny that I was born on September 10, because it is the same birthday as Arnie.

It has been a little over 4 years since I have been here.  The last time I visited was while I was in AIT.  It was for the funeral service of my grandfather Don Smith.  I am going to call him “Pap” for the remainder of this posting.
I can remember the morning I found out that he had passed away.  I had to get a Red Cross message so that I could present to my commander, who didn’t like the idea of me going to the funeral because it wasn’t immediate family. But, being the acting 1SG of my company and having a great advocate as a PSG, I was given a weekend pass.
Pap was a quiet man.  I consider him a “behind the scenes” type of man;  he would fix everything before anyone knew that it was broke.  My grandmother told me after his passing, there wasn’t a day that passed when he didn’t tell her he thought she was beautiful.
In early 2008, when I enlisted on the Army, my family came to Indiana to send me off.  By that time, Pap’s body had pretty much given up on him as he fought Parkinson’s, and his speech was limited. He cried when I brought up the military.  You see, Pap was in the Army in the early 50’s.  He never spoke of it though.  He knew a little bit of what I would be facing as I was the first person in my family to go to the military since his time.
I remember saying bye to him for the last time and giving his frail body a hug… He spoke as loud as he could, which was only a whisper, and said, “I Love You.”  As I said, he was a quiet man…but when he spoke, you listened.  So as I made my first exit from a perfectly good aircraft, I thought of Pap.
This Memorial Day, he will get to meet his great granddaughter… my daughter.
May you have a a wonderful weekend and set aside some time to remember those that have stood up for this great nation. 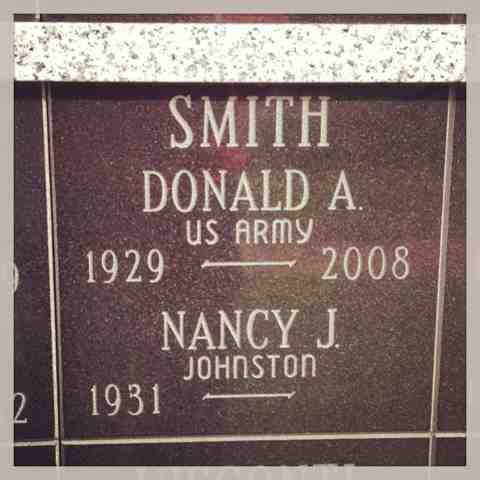