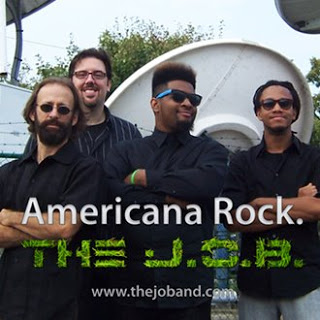 Last week’s broadcast of The New American Veteran on blogtalkradio featured Ranger veteran turned Rock Artist Jim O’Ferrell.  Jim began writing music while deployed overseas and upon returning formed his own band, The J.O.B.  Listen to Jim talk about how the skills he gained on active duty helped him in his music career.

This tribute was written for CSM Jeff Mellinger on the occasion of his retirement after just under forty years of service.  Awesome.

The Last Conscript, by John Scott
When Our Days are Old and the Stories be Told,
Of Wars No Longer Numbered.
The Acts of One, a Golden Haired Son
Will Hardly be Remembered.

One Fateful Day in the Month of May

Came that Fateful “Greetings From the President” Letter
None Would Then Say, He’d Lead the Way
To a Volunteer Force Much Stronger and Better.
Those Who “Walked the Trail” or Ever “Set Sail”
For Leaders Both Dim and Bright,
Know when Battles are Won, the Victors Don’t Run
From Their Duties into the Night.
You Gave All You Had, Were both Mom and Dad,
To Many a Private and Boot Lieutenant,
Made Every Person You Met Even Better I Bet,
While Always Carrying Our Pennant.
The Soldiers You Led, Even Buried When Dead,
They Know of Your Toils and Strife.
No One Can Feel, the Memories that Won’t Heal,
Carried With You from Your Ranger’s Life.
When on that Final Date, You Arrive at the Gate,
And Peter takes Your Soul’s Measure.
He will know the Tale, How you Never Did Fail,
Ever Serving Your Country with Pleasure.
‘Till That Day is Here, Take Comfort and Cheer,
Accept Your Tributes and Honors with Pride.
You’ll Have Many a Day, to Rest From the Fray,
‘Cause Your Soldiers Shall Stem the Tide. 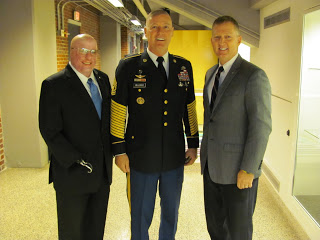 Follow this link to see more photos from the retirement festivities.

Some good articles over the past week:

War and Sacrifice in the Post 9/11 Era – great statistics here I’ll be working my way through.

Beyond The Battlefield: From A Decade Of War, An Endless Struggle For The Severely Wounded

Suicide is a complex problem

KAYYEM: We must make sense of military suicide numbers


We welcomed a new founding donor to the ranks today!  Announcement forthcoming.  Thanks to all for your support – you can help us with a tax deductible donation!

Finally – SPC Ricardo Cerros, Jr, 2/75 Rest in Peace.  You will never be forgotten.