We wanted to be able to share with you the results of our friends and supporters who have taken action within the community to make a difference, to give back and to bring awareness to the mission of GallantFew, Inc.  They truly are the gallant few who have accepted that their mission is to find a mission to help their war fighter family. Thank you. 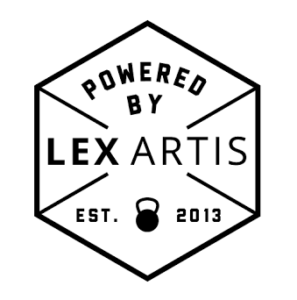 Lex Artis event business supports veterans. Based in Michigan, Lex Artis specializes in delivering high-quality, efficient and well thought out competitions for the functional fitness community. The organization was founded by Patrick Esper, an insurance agent and father of two and Nick Ostrowski a mortgage consultant and United States Air Force veteran. Currently, Lex Artis facilitates just under 30 events in a year. Wow!  GallantFew was recently the beneficiary of LexArtis’ most recent Million Meter Row event.

In fact, this year’s Million Meter Row contributed to nearly $50,000 in funds raised to support the GallantFew mission and a segment of the proceeds will go directly to Michigan’s own VetRec, proudly a part of GallantFew’s family of organizations. 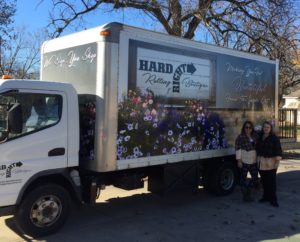 Two psychiatric nurses, who have seen first hand how PTS affects veterans and their families,are beyond passionate about helping veterans and civilians understand the depths of PTS and how serious is really is. They had the opportunity to meet several veterans from GallantFew when we went to Great Bend, Kansas, for a hunt. These two nurses, Hard Right Rolling Boutique owners, fell in love with GallantFew and the mission! They knew immediately that teaming up with GallantFew would be their way to teach people and educate about PTS. The Hard Right Rolling Boutique designed, created and printed a 2018 calendar featuring veterans and their advice to other veterans about transition. You can make a $25 donation and receive your calendar here.

Founded in 2004, the sole focus of The American Small Business Coalition is growing the footprint of American small business concerns capable of supporting the business and mission operations of civilian, defense and intelligence agencies of the U.S. Government. They achieve this every day by empowering small companies and their leaders with greater market visibility and more accurate and timely decision-making capabilities.

This coalition, powered by Guy Timberlake and Margaret Timberlake, also gives back by hosting an annual Holiday Charity Bash.  This year, 2017, they have named GallantFew as their charity partner and beneficiary.  You can read more on our blog page.

Do you ever wonder how you can personally give back, raise money or advocate for GallantFew or another charity.  Veteran Chris Siedentop found his personal calling.  He decided to advocate through swim while fundraising at the same time. You can connect with his fundraiser and make a donation to support Chris.

Chris Siedentop plans to organize a day to swim at a Scottsdale, Arizona, pool in August.  His swim will be approximately nine miles.  He plans to swim straight through those nine miles with only a couple of restroom breaks. Learn more here. 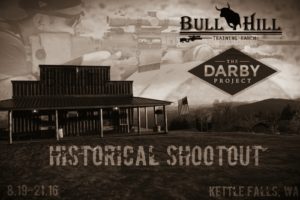 Nate Smith (McGabin Media) is an advisory board member and Ron O’Ferrell a chapter president for GallantFew’s Darby Project.  In the Spring of 2016 they took the initiative to develop an event and fundraiser for Darby Project, a historical shoot out. The event will be hosted at Bull Hill Training Ranch in August of 2016.  Together they planned details, generated sponsors and developed synergistic fundraisers like the Rainier Arms’ Darby Project precision rifle.

On an over-watch mission during Operation Spear in 2005, his team was subjected to enemy fire from mortars and rockets, leaving him with permanent hearing loss and tinnitus.

When Noah returned home he dealt with issues common to veterans transitioning into civilian life: aggressive behavior, alcohol, addiction, depression, difficulty keeping a job, and relationship problems. Noah eventually hit rock bottom after 3 years and was desperate for a change. After losing more friends to suicide than in war, he decided to become sober and start running in his local woods.

Noah, now a father and husband, enters the 50-mile wilderness race with only completing one 26-mile marathon prior. This race represents the journey a young Veteran has to face to help cope with a past that haunts him every day.  He does screenings of his film and generously talks about the importance of GallantFew services while also helping to raise funds. 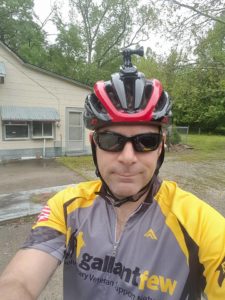 Chief Warrant Officer Three Ronel Leffew, Jr. retired in May and immediately stepped out on a 1000 mile bike ride to bring awareness to Veteran transition issues.  During his ride Leffew video taped several messages pertaining to Gallant Few’s five point star approach to Veteran wellness (Physical, Social, Professional, Spiritual and Emotional).  Leffew developed a public Facebook page dedicated to his journey where you can find his videos and inspirational messages.  In addition to his awareness ride he also raised funds for GallantFew.

In September of 2015 Logan spearheaded a fundraiser for GallantFew in his hometown of Reedley, CA.  Logan planned for months to coordinate a successful fundraiser.  He wanted to support GallantFew and bring awareness to Veteran suicide.  Logan asked for permission and then set out to accomplish his mission. He titled his fundraiser, “War At Home.”

Through a dinner plate donated by El Rincon Mexican Restaurant, music and festivities he was able to raise $1,500 for GallantFew.  Logan was also able to gain awareness through newspaper stories and interviews for TV.  Thank you Logan, for finding a way to support you community and for thinking about GallantFew.